The 20 best Rockabilly records ever made 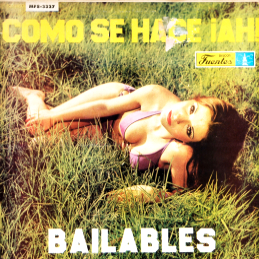 Although the Elvis explosion made the rock ‘n’ roll revolution look like an overnight coup led by one man and a Colonel, the real story begins with seeds, its flowers leaving more un-sung heroes and revolutionaries than any musical form before or since. The seeds were sown by: “…Struggling Southern boys with ten dollar guitars and stars in their eyes, combining what they heard on hillbilly radio stations with what they heard on black rhythm and blues stations with what they heard coloured folks singing in the cotton fields and then throwing in a gut-wrenching gospel feel they got when they went to church and heard their fire and brimstone preachers screaming and shouting about salvation…” (Bill Poore, Rockabilly: A Forty-Year Story)

My interest in songs from the revolution started in 1973 when I saw a film called That’ll Be The Day – a movie surfing the wave of rock ‘n’ roll revivalism at the time. Three years later The Cramps happened and lit the way back to the rockabilly wellspring: a place where country swing collided with rhythm and blues. They shone a light on Charlie Feathers, Hasil Adkins, early Roy Orbison and a host of others, some of whom are listed overleaf. Ladis and Gentlemen, a purely personal invitation to the rockabilly party…

Mr Weatherall would like to point out, search these records out rather than just download them, ‘cos it could be the start of a very interesting journey. A good starting point would be Sounds That Swing record shop on Inverness Street, Camden, a den of riches housed in a concrete bunker.

First heard this on a compilation called Scum of the Earth. One of the strangest records ever made, a rockabilly gospel blues track aimed at redeeming sinners.

One of those classic teenage operas acted out in two-and-a-half minutes. Contains the line: “don’t mess with me, ‘cos I’ve got a cast iron arm”, which is beyond genius and will be appearing on a 2 Lone Swordsmen album soon.

A track brought to my attention by The Cramps.

Frantic, dancefloor rockabilly that brings back memories of warehouse parties on the South Coast in the early-‘80s.

Heavy on the country swing influences, I like to take this with me on the Primal Scream tour bus: “wake me up before the sun goes down/just enough time for me to mess around.”

It says ‘Hot Bopper’ on the label, and it does exactly what it says on the tin: shimmering guitars and a driving beat.

Movers and shakers during the early-‘80s rockabilly revival, The Polecats ended up on Top of the Pops doing a rockabilly version of ‘John, I’m Only Dancing’. Tim Polecat lives in L.A. and still makes rockabilly music.

The Meteors represented a head-on collision between punk rock and rockabilly. One of the few English psychobilly bands I actually like.

Compilations like the Greasy series are excellent ways to have on vinyl sometimes virtually unobtainable music. The stand out cut on this volume is Ray Stanley’s ‘Love Charms’, which features Eddie Cochran on guitar.

The whole album is a perfect introduction to one of rockabilly’s originators, the stand out track being ‘Dixie Fried’ – a story of illegal partying which features the chorus: “rave on cats, he hollered.”

A beautifully packaged introduction to whom many consider to be the godfather of rockabilly.

A solid collection featuring rockabilly classics. The one doing it for me is ‘Red Cadillac & Black Moustache’ by Warren Smith, a song about a fella having his lady stolen from him by a man who was: “tall and handsome with lots of cash/he had a red Cadillac and a black moustache.”

A recent release that proves the rockabilly flag is still being flown, this features a blistering version of ‘Bank Robber’ by The Pistoleers that sounds like an old rockabilly record that The Clash later covered.

Another modern standard-bearer – if the Reverend ever comes to your town, sell your furniture to get a ticket: a classic rock ‘n’ roll entertainer.

A garage punk rockabilly smash-up that sounds like it comes from another planet. Personally speaking, a life-changing record, as through The Cramps I was introduced to some of the rawest rock ‘n’ roll I’d ever heard. An essential purchase would also be any of the ‘Born Bad’ compilations, as they contain all The Cramps’ influences, from rockabilly to psychedelia.

A wondrous compilation of shit-kickers and grit-pickers, country swing and dirty rhythm and blues. Check this out, and it might all begin to make sense.