20 best: Italo records ever made 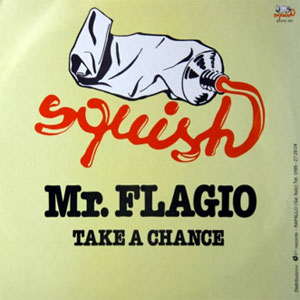 Italo-disco’s distinct, futuristic, spacey sound evolved from the likes of John Carpenter and Giorgio Moroder (pictured) who played around with film scores using synthesizers, vocoders and then later drum machines in the mid- late ’70s. It was one of the world’s first forms of electronic dance music and emerged not just from Italy, but also from Germany, Spain and other areas of Europe, later on influencing the ’80s disco production world.

The term ‘Italo-disco’ was used in Europe to describe all the non-UK and non-US based dance productions; in both North America and the UK, Italo-disco was mostly an underground phenomenon that could only be heard at nightclubs or through homemade DJ mixes. In 1983, ZYX did a compilation mix called Italo Boot Mix which featured artists licensed to the label such as Mr. Flagio, Samoa Park and Doctor’s Cat. The mix cleaned up and was a massive hit everywhere in Europe. A short time after Volume One of the Italo Boot Mix, everybody across Europe started calling this new disco sound from Italy ‘Italo-disco’, and artists started self-consciously making music that could be called ‘Italo’. What follows is a list of what are, in my opinion, the 20 best Italo records ever made…

[Because Serge is a dude, he gave us a free track of his to put up for download – his edit of Droids’ ‘The Force Pt 1-2’. You can download that here, and check out loads more free edits and mixes on his Facebook group here.]

If you want somewhere to start with Italo-disco then start here – for me, ‘Take a Chance’ is the best Italo record of them all. It hits all the right buttons, taking you on a bizarre journey and doing so within song format, it works every time, anywhere to anyone. Pure magic!

Canadian disco producer Gino Soccio has a sound all his own. ‘Remember’ was an NYC club favourite in the ’80s; upon its release, it got remixed loads of times by the then ‘hot’ DJs, and to this day is being re-jigged and re-edited by all-comers. Gino is the best at holding you in a groove, keeping you there using sweeping synth sounds, sweeping sensations…

Produced by Giancarlo Meo, who was behind such groups as Capricorn, Easy Going and Kasso. Here, he delivers one of the darkest records to hit the genre, pure gothic disco and so industrial at times. I’ve no idea who the female singer is but her lyrics are outstanding.

Records like this don’t grow old like us; rather, every time you hear them they take you back to their time, in this case 1982. Oh, and mint copies of this one go for a considerable amount on eBay.

I think this is most collectable Italo release of them all, hitting eBay for a lot of money. If you see it cheap, make sure you buy it; then buy a safe, put it inside and don’t touch it for 200-300 years. After that I think you’ll be in possession of the most precious and rare records ever, apart from maybe the 12-inch of ‘Dancing Queen’ by ABBA, but that’s another story.

Tunes like this are the reason I get so excited about this era. It has a storytelling quality but is far from boring; it’s made up of sounds that aren’t pre-sets; it’s music that feels natural and alive. And while Kano’s stuff is generally regarded as Italo, it also served as a bridge to electro and breakdance later in the ’80s.

Techno? Italo?, Sterling Jones and Paul Lesley are ‘A Number of Names’ and their track ‘Sharevari’ was massive on the Detroit underground party scene in the 1981, influencing youngsters like Derrick May and Carl Craig. It also fitted beautifully into the Italo scene, and stayed there!

Moroder was one of the original pioneers of the Italo sound, way back in 1977/78 when ‘disco’ was at its heights. His love for films and musical scores led him to produce the track ‘Chase’ for the movie Midnight Express, which won him his first Academy Award for Best Film Score in 1978. ‘Chase’ is without a doubt the most famous of all Italo records.

This record is for the purists, if you don’t know the sound by now then you will after ‘Feel The Drive’! Solid rhythm and fantastic synth lines courtesy of Aldo Martinelli, Fabrizio Gatto and Simona Zanini.

I’ve got the German edition of this, released on Blow Up, but it was released around the world on various labels. This is straight out of the Italo-disco golden era, way ahead of its time and still sampled today by producers trying to capture the energy of that time. This record will stay fresh forever.

An all out raunchy cut and highly sought after track produced by Giancarlo Meo, the vocals sound like Paul Young – oddly enough – but it’s not, even though I’ve told a load of people it was…Sorry about that. It’s actually Douglas Meakin, who wasn’t even credited on the album.

Loosen your trousers because this starts at pace and doesn’t stop till you take the needle off the vinyl. I’m not a fan of the vocal version – it makes a mess of a perfectly good track.

Produced by Severo Lombardoni (the boss of Italy’s Discomagic Records) and written by Alfredo Di Muro and Domenico Ricchini aka Bob Salton. ‘Starknight’ is the perfect example of why Italo has such a unique and compelling sound. It’s the instrumental that really lets you hear the high energy zap crazed feel of this hit record.

Fun Fun (Francesca Merola and Roberta Servell, produced by Alvaro Ugolini and Dario Raimondi) made some pretty rubbish Euro-pop in their time, but they totally nailed it with their debut release ‘Happy Station’. All takes are outstanding but the Scratch Version is just a cut above.

‘Get Closer’ by Valerie Dore – real name Monica Stucchi – is a wonderfully romantic song which sparks off similar emotions as  ‘The Never-Ending story’ by Limage. It’s a straight-up classic, immediate and totally transporting.

From the Album Ce N’Est Q’Un Debut, Robotnick released ‘Dance Boy Dance’ in 1984. Listening to this makes me feel as if I’m pottering around inside a computer, walking along the chipboard. Seriously dreamy electronic music.

I can see where DFA get their influences from; a record like this is how trends start. It’s got a simple but effective bass, great lead and ridiculously good vocals.

This was Dharma’s one and only release I believe, it’s an ultra-obscure cult Italo classic. Produced by Matteo Bonsanto of the legendary Kano, plus other band members Luciano Ninzatti & Stefano Pulga, who also comprise their own group, The Pink Project. ‘Plastic Doll’ does everything Italo disco is supposed to do: it makes you feel like you’re in a film running to, or from, something; hark the epic chord changes and heavy, heavy emotion.

‘FLOWERS IN THE RAIN’

Their one and only release which is a shame; missed by a lot of collectors over the years, including me, until my girlfriend – of all people – told me to get it after hearing it at Disco Bloodbath. Thank you to her because I haven’t stop playing it since; a Hi NRG record with more front than Brighton beach.

I think everybody working in dance music today has danced to this at some point. It’s been such a massive influence on house music as we know it, really bridging the gap from disco music. ‘Dirty Talk’ was the first release by Klein & MBO and started out life as a hit in the Milan club scene before taking a grip on charts around the world. Salvatore Annunziata (Pink Project) was the main producer behind the band and had his hands in other Italo projects also.