Walter Jones: ‘Living Without Your Love’ 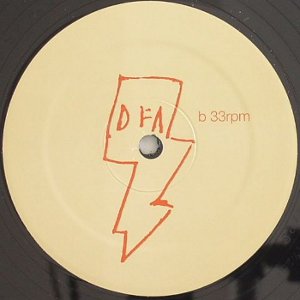 Every once in a while, DFA come out with a track that just pole-axes me. I’m thinking of Still Going’s ‘Still Going Theme’, or Hercules & Love Affair’s ‘Classique #2’; The Juan Maclean’s ‘Give Me Little Every Thing’ or Shit Robot’s ‘Wrong Galaxy’; tunes that arrive perfectly-formed at the perfect moment, with their roots sunk deep in dance music’s glorious past but their shoots aloft in the here and now, pointing toward a better future. Excuse the rhapsodising, but oh, how I love those tracks.

The new 12″ on DFA provides not one but two such beauties. They’re the work of Walter Jones, a vaguely mysterious producer based in New Orleans, who has previously released material on Supersoul Recordings. Jones isn’t at all prolific – he’s released five 12″s in as many years – but boy, does he have talent. DFA apparently had to “beg” him to let them release ‘I’ll Keep On Loving You’, out this week.

The title track [Listen here] is astonishing: a marriage of the syrupy synth-funk sound currently being popularized by Dam-Funk, classic Metro Area-approved analogue boogie, a vague whiff of the New Romantic and vocals that put me in mind of The Art of Noise’s ‘Moments In Love’. It’s very summery, and rendered at a very Balearic-friendly chuggers’ pace, but whereas most modern-day Balearica has the longevity of a £3 pair of sunglasses or a disposable Co-Op BBQ, ‘I’ll Keep On…’ is so haunting, so emotionally ambiguous and so damn good, it’s appeal will long outlast the sunshine.

I know this is meant to be a single track review, but I’d be failing in my duty as a reviewer and as a human being if I didn’t also reserve some praise for the even more terrific B-side, ‘Living Without Your Love’ (listen to a clip here). As the title indicates, Jones is once again concerned with romance’s lonely aftermath, but there’s nothing self-pitying about the song: a tough disco beat and insistent boogiedown bassline lay the foundations for upward-rising, spine-tingling synths that remind me of the Chicago house jam ‘It’s You’ (buggered if I can remember who that’s by) and a serene female vocal projecting hope rather than desolation. It’s just wonderful.

I don’t know if this 12″ is quite enough to breathe fresh life into the incresingly stale (nu-)nu-disco scene, but by God, it’s the best thing to be filed under that category that I’ve heard all year, and the best thing DFA have put out since ‘Still Going Theme’, or at least ‘Blind’. You will love it.