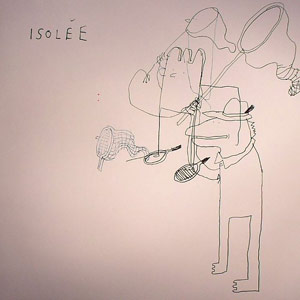 Since the triumph that was his 2005 album We Are Monster, Rajko ‘Isolée’ Muller has been almost disconcertingly quiet. The cracking ‘Hermelin’ 12″ followed soon (well, a year) after Monster; then a three year gap before the release of the disappointing ‘October Nightingale’ on Diynamic a couple of months back.

So has Isolee lost his mojo? Not on the evidence of his new 12″ for Japan’s Mule Electronic. A-side ‘Albacares’ [listen to clip here] is basically heavy-bouncing, guitar-lashed nu-disco, the kind of thing you’d expect as standard from Bear Funk or Rong Music, but nowhere near as sluggish or predictable. Both the up-close editing and overall architecture of ‘Albacares’ are wonky as hell but totally assured, shot through with enough production sleights-of-hand to reward repeat listening. If Villalobos turned his hand to disco, the results might not sound dissimilar to this.