Thriller: ‘Freak For You’ 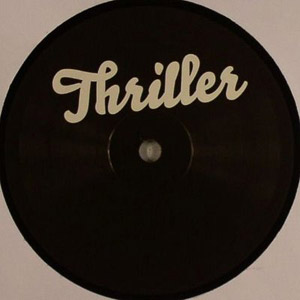 Thriller, the series of “anonymous” 12″s helmed by Werk Discs’ Actress, has grown from strength to strength. The first of them, ‘BBQ’/’Genie’, showcased two low-slung, lop-sided hip-hop cuts from Werk artist Lukid – think Moodymann, Kyle Hall or J Dilla given a killer dose of UK soundsystem ruffage. The next 12″ was reportedly 100% Actress – ‘Swarm’ was a squashed house jam that would’ve sat well on his exceptional Hazyville LP and still sounds revelatory four months on, but the shonkily edited B-side ‘Hubble’ tried my patience a little.

Now Thriller 003 is here. As far we know, this is once again the work of Actress. And what work it is. Listening to A-side ‘Freak For You’, it’s hard not to think of Dam-Funk – whose stripped back yet syrupy sound is turning out to be one of 2009’s defining tropes and influences. ‘Freak For You’ is played remarkably straight, with only a few tough drum and scratch edits deviating from the rolling boogiedown bass and vocal. It’s quite superb.

On the flipside cut ‘Point & Gaze’, ostensibly a re-working of the A, Cali sunshine is blocked out in favour of a more familiar South London gloom. The bass and jack-hammer beats are still funky as hell, but submerged in a thick, close fug of dub. Far from suffocating the groove, Actress’s mixing desk compressions reveal its hard-coded essence.