Daniel Wang: ‘Dancing With The Best’ 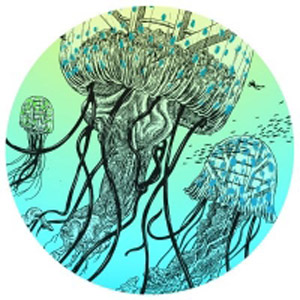 I’ll level with you: I’ve never really followed Balihu, Daniel Wang’s respected leftfield disco label. Truth is, I’ve just never got round to it – most of the reputedly great late-90s 12″s in the catalogue cost an arm and a leg to get hold of now, and I’m already two months behind on my rent.

Which makes me the ideal audience for Daniel Wang presents Balihu, a forthcoming CD compilation of highlights from the label’s past. This week sees the arrival of the first 12″ vinyl sampler heralding the comp, and it features three cuts which have never before been officially released. It opens with Wang’s ‘Dancing With The Best’, which was apparently “picked from Danny’s private vault” and is a total exclusive. Given how obtruse and melancholic some of Wang’s more recent productions have sounded to me, it’s surprising how riotously camp and upbeat this tune is – I mean, come on, it lifts the synth riff from frickin’ ‘Do You Think I’m Sexy?’. Talk about laying down the gauntlet to good taste. Much as I love lurid italo, it’s a little bit much for me; I’m much more down with ‘On The Moon’, which we’re told first appeared on the super-rare BAL002. With it’s rough sequenced bassline, crisp snares and floating, emotionally ambiguous melody, it’s reminiscent of Wang’s classic ‘Berlin Sunrise’ and – inevitably – Metro Area.

The unexpected highlight of the release turns out to be ‘Jazzy Disco Track’ by Jamie Hodge, a Chicago producer who first came to light in 1993 at the age of 17 when he recorded ‘Analogue Heaven’ under the name Born Under A Rhyming Planet for Richie Hawtin’s Plus8 label. ‘Jazzy Disco Track’ does exactly what it says on the tin: loose, syncopated drums and smoked-out keys ride a downshifting italo-style synth riff, resulting in a track that sounds at once totally live and totally robotic. A winning combination, I think you’ll agreee.