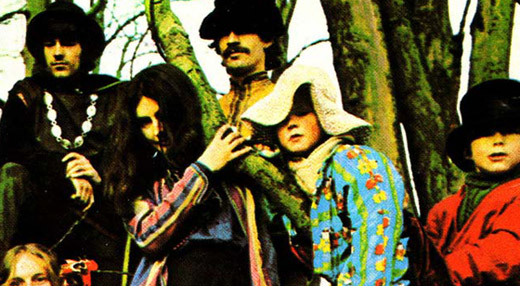 It’s a delicious irony that some of the most quintessentially English music ever made was discovered and facilitated by a brash young American. Without Joe Boyd and his Witchseason Productions agency, the world might never have heard the work of Nick Drake and Fairport Convention, to name but two.

The offices of Witchseason in London’s Charlotte Street were a hub of eldritch folk activity in the late 60s and 70s; Boyd worked closely with artists like Drake, Faiport Convention, John Martyn and the Incredible String band, dedicating an inhuman amount of time and energy to coaxing the most distinctive and characterful sound possible out of each individual. Without Boyd’s encouragement and assured production, it’s unlikely that Drake’s debut album Five Leaves Left would have been turned out so rich and fully-formed, or the follow-up, Bryter Later, so expansive and exuberant.

On July 18 and 19 this year, Boyd will curate a programme of concerts and film screenings celebrating the legacy of Witchseason. There’s "all-star" Fairport Convention show (already sold out, alas), and Very Cellular Songs: The Music of The Incredible String Band performed by Mike Heron and friends. To be honest, we’re more excited by the documentaries on offer: Vashti Bunyan: From Here To Before charts the rise to fame – and subsequent withdrawal into "normal life" – of the hugely-respected English folk siren, and her subsequent return to stage and studio a few years back. On July 19, there’s Be Glad For The Song Has No Ending, Peter Neal’s seminal docunmentary capturing the Incredible String Band (a huge influence on Animal Collective, don’t ya know) at the peak of their powers in the 1960s, and A Skin Too Few, a tribute to Nick Drake by Dutch filmmaker Jeroen Berkven. This double-bill is followed by a Q&A with Peter Neal and Joe Boyd.