Joakim is Glad To Know You 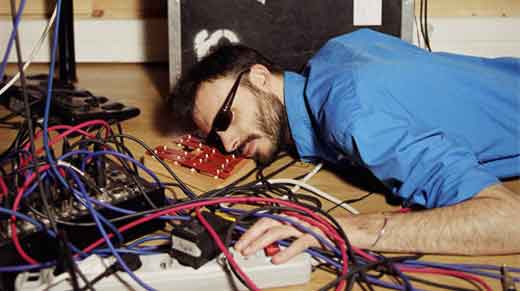 Lo Recordings are teaming up with Tigersushi to throw a one-off party at Corsica Studios in London on Saturday 27 June, Glad To Know You.

The night will be headlined by ‘sushi boss Joakim, who’ll be performing live with his band The Disco. They’ll be supported by the Krikor, Vowels (James Rutledge’s new project) and "clown prince of electronica" Cursor Miner, with Tigersushi Bass System, LOAF DJs and Black Mustang taking on the 1s and 2s. And there are still more acts to be announced.

Tickets cost a mere £8 and can be got here, but if you fancy winning free tickets for yourself and a mate, simply e-mail your name and the words ‘glad to know you’ to competitions@vinylfactory.co.uk and you’ll be entered into our prize draw.