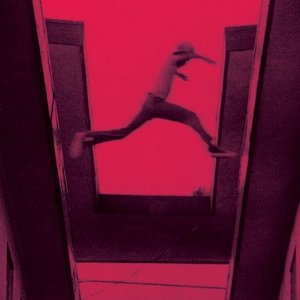 It’s been said that Mos Def will never do anything as good as his 99’ classic Black on Both Sides, and it’s probably true. But almost ten years on from his first solo LP (not to mention the last three years away from the rap scene), he’s at least come close with his fourth full-length, The Ecstatic.

Production-wise, The Ecstatic’s the definition of solid, with Stones Throw’s finest Madlib providing four backing tracks from his back catalogue (including the album’s highlight in the Slick Rick-featuring ‘Auditorium’) and his younger brother Oh No adding his unique mix of funk, soul and jazz to ‘Pistola’ and album opener ‘Supermagic.’ The Neptunes’ Chad Hugo contributes the heavy-hitting ‘Twilight Speedball’, while Ed Banger’s Mr. Flash proves a welcome addition behind the boards for three tracks, including the drum-heavy rattler ‘Life in Marvellous Times’.

Thankfully Preservation, who produced the majority of Mos’ last LP True Magic, steps his game up with the soulful ‘Priority’ and Fela Kuti-sampling ‘Quiet Dog Bite Hard’. and Mos himself contributes to the production on The Ecstatic’s energetic closer ‘Casa Bey’. But what of him as a rapper? Well, he’s willing to experiment; adding his own verse to Stones Throw soul vocalist Georgia Anne Muldrow’s ‘Roses’, and rapping entirely in Spanish on the surprisingly pleasant ‘No Hay Mada Mas’.

He touches on topics of life, love, war, recession and religion, and sounds as raw, energetic and inspired as he has for a long time – perhaps, yes, since Black on Both Sides. There’s also moments of incoherence, and although the production’s good, it rarely hits heights beyond the familiar solidarity you’d expect from this sort of line-up. But overall, this is a return to form that should at the least reintroduce Mos Def to the critical limelight, and remind people that when he wants to be, he’s still one of the best hip-hop MCs around.