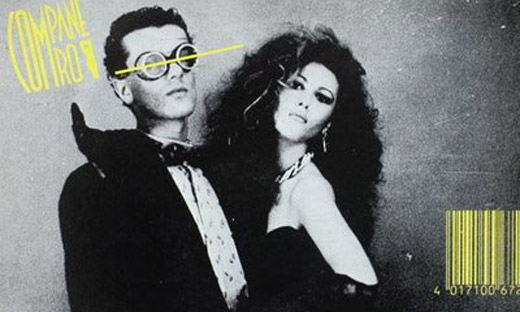 Magic Waves, the online radio station dedicated to the sounds of italo disco, is hosting the UK’s first ever italo festival in London on July 10 and 11, with performances planned from originators like Fockewulf 190, Oppenheimer Analysis and Fred Ventura as well as modern-day devotees like Legowelt and Alden Tyrell.

Italo is basically a catch-all term for the heavily electronic disco sound which came out of Italy in the late 70s and early-mid 80s. Outside of local scenes and fanbases the music was basically ignored, but the tireless enthusiasm of contemporary artists, collectors and label-owners like I-F, Serge (Clone Records) and Morgan Geist (Metro Area, Environ) has resulted in a surge of renewed interest in the genre in the past decade, particularly in the Netherlands and UK. The Magic Waves festival aims to celebrate this revival-cum-renaissance with a programme of live performances and DJ sets which will have your average italo fanatic peeing in his tight white trousers.

Taking place at Corsica Studios in Elephant & Castle on July 10 and 11 (with an "all-day disco after-party" on Sunday 12), Magic Waves features no less than 40 acts. Italo legend Alex Novaga, who ran the infamous Cellophane club in RI=imini in the early 80s and produced acts like Camaro’s Gang (pictured), Stopp, Sun La Shan and Digital Game. The Italian DJ Champion of 1985, Casco, will be on the decks, while Fred Ventura will perform all his hits with seminal Milano synthesizer act Fockewulf 190. One of FACT’s favourite artists of all time, Oppenheimer Analysis, will also play live – check out their 1982 masterpiece ‘The Devil’s Dancers’, available on 12" quite easily now via Clone Classic Cuts, if you need to know why.

But that’s just the tip of the iceberg: Clone’s Alden Tyrell and the mighty Danny Wolfers AKA Legowelt are on board, not to mention Mr Pauli, David Vunk, Rick Hopkins, Andy Blake (Dissident), Den Haan (Optimo) and Heartbreak (of course).

For the full line-up and more general information about the festival, visit myspace.com/magicwavesfestival

Look out also for a forthcoming 3xCD boxset being released by Magic Waves to coincide with the festival, mixed by "mysterious Danish Italo superstar DJ" Flemming Dalum.