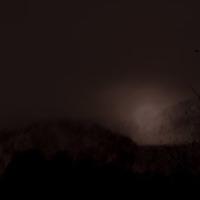 Earlier this year, we listed the 20 best albums of 2009’s first three months – from Animal Collective’s Merriweather Post Pavilion to Telepathe’s Dance Mother, stopping off at Humcrush and Micachu along the way.

Well, it’s that time again: here are FACT’s top 20 albums – ranked alphabetically – from 2009’s second quarter, taking in the months of April, May and June, and featuring Dirty Projectors, William Basinski and many more.

"On ‘Everlasting’ Weinberg stakes out fertile ground somewhere in between insectoid Villalobosian minimalism and classic Detroit synth padding, the surrounding lattice of faintly ethnic pipe sounds putting me in mind of John Beltran’s Earth & Nightfall. ‘Arcane’ has a broken dubstep-cum-IDM quality; both ‘Alpha (Intro)’ and Omega (Outro) deliver the same serotonin-depleted romanticism of Amber-era Autechre – a resounding complement if ever there was one."

"That such disparate elements hang together so well is a testament to Bibio’s talents and exemplify the unifying, all consuming nature of sound. Throughout it all, Ambivalence Avenue feels like a hazy flash back to an unspecified albeit magical summer of your youth. "

"From the queasy chords of ‘No Compass’, to the Cure-in-space wobble of ‘Falling Back’, to the blistering, still-amazing-after-100-plays ‘Tin Bird’, it’s just all quality. If Ariel Pink had played it straight for an entire LP, he’d have probably made something like this.  And that basically equals perfect music."

"For the most part, City Centre’s sound is that of a glorious spontaneity. It’s a joy to hear songs start off in one way and move into other, greener and greater, pastures. This successful musical-morphing is ultimately down to Thomas’ near enviable knack for melody and it’s this – not the sonic sorcery employed – that makes the album so addictive."

"Much like the early yardstick for 2009 that was Animal Collective’s Merriweather Post Pavilion, Bitte Orca‘s a record that continues to give, and represents a career best for a band who’ve previously compelled but frustrated, but have now found the stars aligning, their dynamic clicking into place, and are on top of their game."

"El-B’s oeuvre has already been theorized amply by persons more expert than myself – not least Kode 9 and Martin Clark, who’s written the illuminating sleevenotes for this CD – so I’m not even going to try. All you need to know from me is that The Roots of El-B is essential listening and, quite apart from its historical significance, is remorselessly good fun from start to finish."

"The band sound best when they sound most care-free: ‘Two Weeks’ is perfection itself, thus far the only credible competition to ‘My Girls’ in the Song of 2009 stakes; it’s doleful, sure, but it has a jauntiness to it that reminds me of Terror Twilight-era Pavement."

"Primary Colours contains some fine songs, but songs that are so explicitly – cynically – in thrall to touchstones of the late 80s and beyond that they’re impossible to respect, or even take seriously amongst the fawning of intelligent men and women who should know better holding it up as a the greatest piece of art since Michelangelo took a look at the Sistine Chapel’s ceiling."

"Sea And Sky lives up to the expectations set by Daly’s riveting recent singles; from the Metro Area-style chug of album opener ‘Do It’, to the beatless, Carl Craig-esque ‘Exp 3’ and ‘Atlantis (Deep Sea Dub)’, not to mention the more Balearic-hued ‘Time Again’ and ‘Monsoon’, which reminds us of US nu-skoolers like Jus-Ed and Rick Wade, it really is a fabulous album."

"Martyn’s interpretation of dubstep is utopian; drums and bass are all that are required for entry, everything else is yours. Great Lengths is varied and listenable, percussion and warm bass lines rub against driving airy chords; each sound feels distinct, like an audio memory being written into the present. An album that’s going to stand the test of time by standing on the edge."

OK,so this isn’t quite as game-changing as we might’ve hoped, but still -what a bold and rewarding album. Joined by two stellar sidemen in MaxLoderbauer (nsi./Sun Electric) and Sasu Ripatti (Luomo, VladislavDelay), there are occasional echoes of theBasic Channel man’s past – a Rhythm & Sound-style skank-out here, aMaurizio-style dub-house break there – but the emphasis is less on theexercise of club or soundsystem dynamics and more on layering, onbuilding up a sheer density of sound. If you’ve ever wondered what ahook-up between Nurse With Wound, Ricardo Villalobos and Tony Allenmight sound like, you really ought to check out Vertical Ascent.

"Inspiration Information is all intoxicating groove that floats and rattles through myriad different moods and phases – compare the crash ‘n’ bang of ‘Masenqo’ with the smoothness of ‘Chik Chikka’, and the driving, almost dark garage-esque ‘Live from Tigre Lounge’ – but always with taste, timing, and a refr
es
hing lack of bullshit."

"Generally Speaking‘s no Boy In Da Corner – in fact, it’s not even close – but it finds the Newhams translating their personality effectively to the album format, and on the occasions where they step it up a notch (especially ‘Pepper’, which is the best thing here by miles) it’s close to devastating."

THE STRANGE DREAMS OF PAUL WHITE

"Less a hip-hop album and more an album of crate-digging psychedelia; White really knows his stuff and has an uncommon lightness of touch, resulting in an album which ultimately flies free of genre constraints and expectations into a realm altogether more cosmic and, yes, dreamlike."

A limited edition compilation collecting the best tracks from RickWade’s back catalogue. Wade is one of Detroit’s pre-eminent deep houseproducers, and the original Harmonie Park 12"s – released over theperiod 1994-2007 – fetch silly amounts of money on eBay. Thanks toAmsterdam’s Rush Hour, you need no longer part with hundreds in orderto acquaint yourself with this sterling body of work; Harmonie ParkRevisited gives you everything you need, from the organ-heavyold-school grooving of ‘Fade Away’ and ‘Angry Pimp’ to the bruk funk of’Harsh Thoughts’. Essential for fans of Omar-S, Moodymann, Kyle Hall,Andres, Theo Parrish et al.

"Near faultless, if not necessarily easy to listen to, Picking O’er the Bones doesa graceful job of displaying the kind of wonderfully weird avant-gardeproductions the Mordant camp have become renowned for, while adding tothe label’s oeuvre with a worthy compilation."

"Each kick and snap sounds razor-sharp, and the synths sound like lasers cutting through ice. As far as doing a lot with a very small palette of sounds goes, Atavism murders 99% of what is generally regarded as minimal techno, both in terms of inventiveness and accuracy."

"As Prince once sang, and as Hot Chip told us over again, there is joy in repetition. The second album from London electronic duo Subway is hardcore in its repetitiveness, and it’s given me the most joy of any music this year that isn’t Kyle Hall or UK Funky."

Based around tape loops recorded on and around September 29, 1982,William Basinski’s latest album isn’t anywhere near as grave or asgruelling as his infamous Disintegration Loops. But it’s elegaic allthe same: a reflection on the passing of youth, an audio seance thatevokes the artist’s early days of Brooklyn loft-living, a time ofpersonal development and professional frustration. The humid,highly-charged ambience of New York at that time is the real star ofthe archival recordings, and is what Basinski preserves and accentuatesso well; helicopters whir and sirens wail deep in the mix, casting thetremulous piano and synth-string in a totally new light. Formallyimpressive, emotionally affecting; an unshowy masterpiece.

"Perdition Hill is Collins’ second album, after 2007’s self-released Western Violence & Brief Sensuality, and comprises six songs lasting from five to twenty-one minutes – the absolute king of which is ‘Dark Country Road’, the longest track on the album and its best – recalling Xasthur and Lustmord in its static-filled darker phases, and early Xela in its cleaner ones."