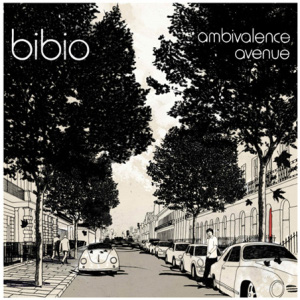 "Nostalgia is a very powerful, wonderful thing. It can be woven into music so well". So says Stephen Wilkinson a.k.a Bibio. This notion of vague whimsy is at the heart of what Bibio does, as anyone familiar with his particular brand of aural alchemy will testify. If you haven’t already, you’d do well to investigate his trilogy of albums for Mush, three records of semi-instrumental soft-focus folk. What renders them – and this album – removed from the usual bedroom folk bore is Bibio’s ability to articulate nostalgia via sound. Everything’s tape-baked and decayed; vinyl made vivid. If I were a crass hack I’d say ‘like an acoustic Boards of Canada’ but, fuck it, that rings too true. Aforementioned band are big fans and, it transpires, one of the reasons for Bibio’s fourth being released on venerable left-field institution Warp.

Ambivalence Avenue is certainly a different beast to its predecessors. No doubt influenced by his new labelmates, Bibio cranks out squelching Bobby Conn disco-lite (‘Jealous of Roses’) and stuttering, analogue un-funk (the head nodding splendour of ‘Sugarette’ and ‘Lovers’ Carvings’). The title track is equally disarming, a euphoric, addictive slab of lo-fi- tropicalia. Wilkingson’s also upped the ante of his song-writing: ‘Abrasion’ is magnificently affecting, akin to a hearing a four-track demo of Crosby and Nash rehearsing ‘Guinevere’ somewhere in a coke caked Laurel Canyon mansion. ‘The Palm of Your Wave’ is similarly lovely: "oh, that this moment/please be for forever" he sighs.

That such disparate elements hang together so well is a testament to Bibio’s talents and exemplify the unifying, all consuming nature of sound. Throughout it all, Ambivalence Avenue feels like a hazy flash back to an unspecified albeit magical summer of your youth.