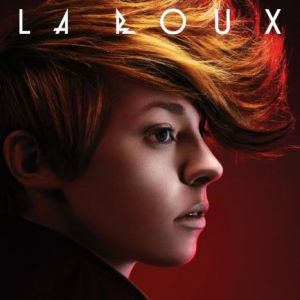 Bring up La Roux down the pub and you’ll be greeted with half-baked theses on the sociological implications of women in pop, talk of hype mongering Sound of 2009 lists and, dear god, The Bill. Thankfully, this debut is the definitive shut up and listen that everyone needs right now. The first four tracks alone should instill reverent silence; a trio of singles and one should-be single leaves you punch drunk from massive hooks and razor sharp beats – the partnership between industry vet Ben Langmaid and androgyne Elly Jackson is as fruitful as it is odd. Of these four it’s ‘Tigerlilly’ that’s the most exquisite; Jackson switching between fragile head voice and an expressive lower register against a backdrop of baroque synths and Vincent Price style spoken interlude.

Clearly then, the album wears its 80s influences as proudly as Jackson sports her quiff, but pastiche is avoided by how they’ve interpreted them. La Roux have sought to purify pop music as a form by studying the boundary pushing practitioners of that decade – from Yazoo to the Pet Shop Boys – and reworking the blueprints for 2009. Hence ‘Colourless Colour”s erratic synth jabs and melancholic delivery interrupted by a throbbing instrumental; the knotty oscillations sounding like something from Depeche Mode’s ‘Some Great Award’. Yet within this disembodied context it feels wildly modern. Likewise, the opening of ‘Fascination’ shadows the ugly mid-range of an Ed Banger record yet the swooping lyricism and almost shrill vocals sculpt it into a far more dynamic beast.

Ultimately, this is an album borne out of synthethisers lovingly sourced from Ebay, and it shows. In an age of over-compression that makes music sound more like a blunt weapon, it’s a relief to hear patches sound like shards of plastic; percussion that’s thin and detailed, rather than distorted. And amidst the intense stylisation of the album are Jackson’s lyrics. Heartfelt, simple and often ambiguous. "I’m the obsessor, holding your hand, it seems you have forgotten about your man" she sings on ‘Quicksand’. In an age of grotesque rent-a-gobs, Jackson is refreshingly human, one of the most intriguing musicians we’ve produced in a long time. If you’re put off by the mainstream interest, the fact it’s on a major label or the inevitable ubiquity of the singles, then you’re a fool. Snobs will say this is a great pop album, but the distinction is pointless. It’s a great album, simple as.