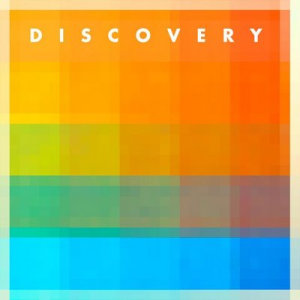 In a recent Pitchfork review of Discovery’s ‘So Insane’, Ryan Dombal described it as a song for the "post-authenticity generation: people who don’t think twice about waking up to Bitte Orca and then driving to work with T-Pain." Sure, it’s a little wanky, but it’s an effective summarisation of why LP, the debut album by Vampire Weekend’s Rostam Batmaglij and Ra Ra Riot’s Wes Miles, should be cherished, rather than derided, for its clear flaws and patent inauthenticity.

No LP this year has let it all hang out, unashamed and proud, as blatantly as this one. Equally, no album from 2009 has felt this 2009: an amalgamation of everything the last couple of years have rightfully declared trendy, from T-Pain and Kanye’s autotune fetishes, to Dirty Projectors’ avant-R’n’B, to Vampire Weekend’s prep-pop, to Aeroplane’s giddy disco. When Telepathe adapt crunk’s signatures to fit their dreamy indie, it feels like a harmonious realisation of their influences – with Discovery, it’s more like they’re playing pick ‘n’ mix with Tiny Mix Tapes’ last end of year list. But they pull it off so well; from the beautifully vocoded ‘Osaka Loop Line’, to the cut-up, gender-bending intro to ‘I Wanna Be Your Boyfriend’, to the Jackson 5 cover (recorded pre-death) that’s so earnest you can feel the white teeth beaming back from your speakers, that it’s impossible not to fall for.

If nothing else, LP should be admired for the way it eschews most modern indie (and especially side projects)’s penchant for flitting around music’s margins – touching on greatness, but never quite going for it – and instead aims straight for the jugular, every chance it gets. It might be 2009 in the aesthetics it adopts, and more to the point, the way it adopts them, but deep down there’s a longing on LP; a longing for a time when pop was genuinely massive, when a backing singer meant a choir and when a string section meant an orchestra. Every beat is big, every hook is massive, every melody is dripping with anxiety and every crescendo beaming with joy.

And further to Discovery’s credit, they’ve learnt from Weezer’s classic albums: if you’re going to do unashamedly white ‘n’ nerdy, hook-obsessed pop, then keep it to ten tracks. Chances are Discovery will keep it to the one album. Even better.