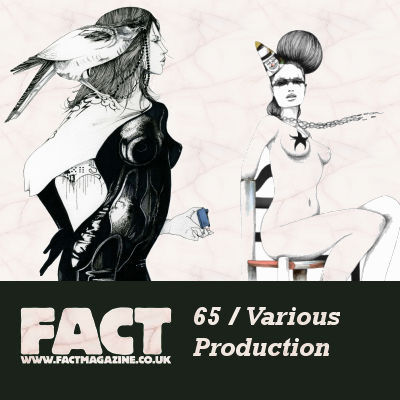 This Monday’s exclusive FACT podcast comes from one of the defining production teams of the 21st century, Various Production.

Famed for their elusive nature, Adam and Ian made a name for themselves blending dubstep’s bass-heavy aesthetic (long before everyone and their dog was into dubstep, obviously) with the emotive nature of folk song-writing, and their early self-released 7″s like ‘Hater’ are still UK bass music staples today. Their first full-length album for XL, The World is Gone, is still a FACT office favourite, and their recent singles for Fire Songs have maybe been the duo’s best yet attempts at blurring the lines between spectral vocals and rib-shuddering weight.

The first half of their live performance at FACT’s Cargo party this year was pretty much the best straight dubstep set we’ve seen in ages, and both that and the second half of their set that night – where they paired heavy-duty off-kilter hip-hop with live MCs – come through in their FACT podcast. You’ve got a batch of new Various tracks here, two collaborations with MC V.E.X., and spots from Rustie, Reso and Gunstab. What’s not to like?