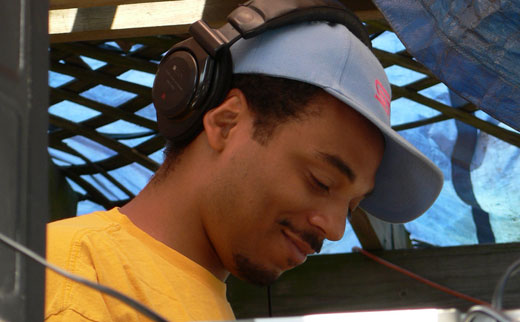 Detroit house producer Omar-S, save for Lee Perry probably the most entertaining interviewee in the history of FACT, will release a new EP next month, Still Serious Nic.

We don’t actually know the names of any of the tracks as yet, but the opener is a version of ‘Flying Gorgars’, which appeared on Omar’s astonishingly well-received Fabric 45 mix from earlier in the year. You can listen to clips of all four tracks on Still Serious Nic over at Rubadub.

The last 12" by Omar-S, real name Alex Smith, was scuzzy abstract techno jam ‘Blown Valvetrane’, released on Theo Parrish’s Sound Signature label. The tracks on Still Serious Nic are a trifle more immediate and housier; one of them features vocals from Smith’s cousin, who played a starring role on Fabric 45’s ‘U’, while the chiming EP closer is faintly reminiscent of the classic ‘Psychotic Photosynthesis’.

Still Serious Nic is out August 3rd via Smith’s own FXHE label.