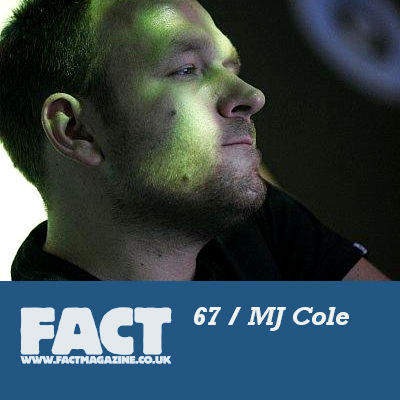 Edit: As established in the comments section, this mix was used for both FACT and Bodytonic’s podcast series. MJ has since done us a new, exclusive mix, which you can download from the same link. MJ’s Bodytonic podcast can be found here.

This morning’s FACT mix comes from arguably the best producer of the most influential genre of British dance music in the last fifteen years: 2step.

Born Matt Coleman, MJ Cole had released a few 12″s on labels like Rhythm Division and Fresh Groove Traxx in the mid-90s before dropping ‘Sincere’ in ’98, an era-defining single that was both one of the biggest influences on 21st century British music, and an overground smash (Pete Tong was on the track from its original batch of 20 test pressings). Cole went on to sign to Giles Peterson’s Talkin’ Loud label, where he put out Sincere the album; one of – if not the – defining garage full-length, and one that spawned the massive single ‘Crazy Love’. It was also nominated for the Mercury Music Prize.

Recent years for Cole have been defined by a steady flow of under-the-radar singles on his own Prolific imprint, and lately he’s re-invented himself as a DJ, playing at forward-thinking raves like Shut Up and Crazy Legs, alongside younger DJs like Ben UFO, Joy Orbison and Reecha. New single ‘Gotta Have It’ is the perfect tipping point between 2step’s skip and the gutter house favoured by the likes of Zinc and Sinden, and he’s been working with vocalist Digga and Toddla T’s man MC Serocee.

His mix here is an accurate portrayal of his recent club sets: spanning across the board of garage’s legacy, with a healthy dose of classics alongside material from newer producers like L-Vis 1990. Oh, and you also get his killer remix of Zed Bias’ ‘Neighbourhood’. There’s no tracklisting, but we’re working on it – and really, you should know a couple of these at the very least. You know what to do: