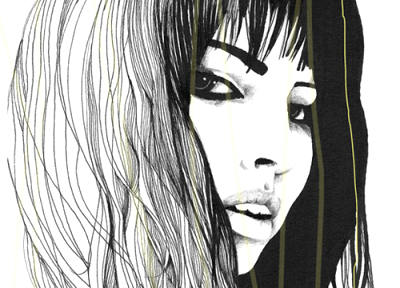 It’s already been a busy year for Various Production: the influential duo put out a collaborative album with Scottish poet Gerry Mitchell, released a pair of remix 12"s on their own label (one sporting remixes of Various material from Actress and Rustie, the other featuring their own remixes of Adele and Foals), a pair of singles on Fire Records, put out the Tricycle EP, played our Cargo party, did a FACT mix…

Perhaps most interestingly though, they’ve expanded their label to release material not by themselves. The Various Production imprint for a long time has put out Various material and nothing else, but at the end of last month they released the debut solo EP by Gold Panda.

Titled Miyamae, you can see why Various put it out: it often recalls them in the way it adapts bass-heavy foundations with the sort of longing melodies and heavily cut-up and processed rhythms that you’d associate with a Four Tet or Telepathe – who, as it happens, Gold Panda has remixed in the past, along with Bloc Party, Simian Mobile Disco and Little Boots.

For those feeling Miyamae, Gold Panda will be supporting Simian Mobile Disco on July 29 at the Roundhouse, Camden, as part of the iTunes festival. Keep your eyes to FACT for a ticket giveaway on that one. There’s also a Gold Panda 7" out on Make Mine, featuring the following tracks:

And finally, Various themselves are giving away a new track as a free download. Titled ‘MKC’, Various haven’t divulged the name of the MC featured to their PR, but you can try to figure it out for yourself here: