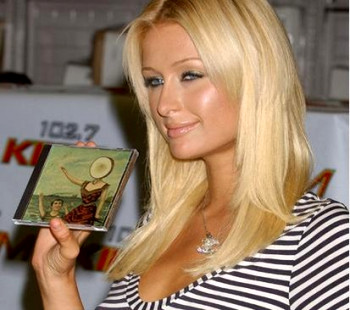 Kiwi rock veteran Chris Knox, a member of Toy Love, The Enemy and Tall Dwarfs (he also produced much of the Flying Nuns label’s output), last month suffered a stroke.

MGMT recently donated all proceeds from a DJ set they did in New Zealand to the singer, and now, according to Knox’s site, there’s a tribute album on the way. Titled Stroke (nice!) it features a rogue’s gallery of alt-rock icons: Lou Barlow, Guided by Voices, Mountain Goats, Bill Callahan, Will Oldman, Jay Reatard, Yo La Tengo and more, but most of interest is an appearance by Jeff Magnum, the infamously elusive singer/songwriter behind Georgia indie greats Neutral Milk Hotel – not to mention Paris Hilton’s main musical inspiration.

Since 2001’s field recordings project Orange Twin Field Works Vol. 1 and live album Live at Jittery Joe’s, Magnum’s been almost completely off the radar: to our knowledge there’s been a few radio appearances, unannounced live spots and contributions to the Apples in Stereo’s New Magnetic Wonder, but that’s about it. So naturally we’re pretty excited to see what the man behind one of the greatest modern folk albums, 98’s In the Aeroplane Over the Sea, is sounding like.

Oh, and "Chris is re-learning the skills that have been affected by the stroke. The stroke has affected the speech & language centers of Chris’ brain & the right side of his body. It looks like it could be a long recovery process, but Chris is still Chris with the same sense of humour & joy & love & taste & smarts & appreciation of the absurdity of life that he has always had.  Chris’ attitude to life remains positive, and he is currently a big fan of electric toothbrushes, iPods & poker. He also still delivers a good tune." Good to hear.