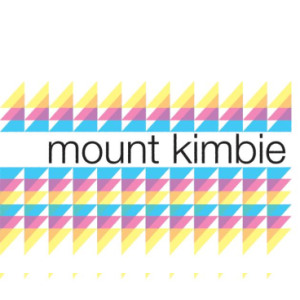 Mount Kimbie are in a genre all of their own. I said it before in the review of Maybes, their first four-track EP, and I can only say it again. Where Maybes showcased their ability to write lush, downtempo (mostly) instrumentals, gradually adding layers of melody and wonderment, Sketch on Glass proves the duo also know how to bring the party – crafting another EP of inventiveness and creativity, but this time with more of a focus on bass and groove.

One notable step up from Maybes is the more frequent and deft use of bass and vocal samples, and crucially, those faster bpm’s. Each of the four tracks contains a raft of different textures that are complimented by a particular bassline or vocal that gives it a punch that perhaps was missing from their debut. Check the title track: Maybes was full of those same carefully-treated snaps and clicks that open it, but then a synth bassline’s introduced that’s so deep, fat and unexpected against the arcade style effects of the intro that you’ll gunfinger the air – something I’ve never previously done listening to Kimbie.

’50 Mile View’ is haunting, echoed atmospherics that lead into the sort of sped-up splat and clap that’s not a million miles from Hudson Mowake, before switching into a woozy beat so juicy and purple it’d send Joker green. ‘Serged’ sees unashamedly Kimbie-style low notes, dripping in reverb, weave their way around a vocal sample and beg the question: has a girl ever sounded this good on a dubstep track? [Er, Burial? – Ed]. ‘At Least’ rounds off the EP in gorgeous fashion with drips of electronic effects raining down before a slowed down epilogue of a last minute.

Everything on offer here is hot. And it all sounds so simple: never over-complex or disconnected. There are touches here of Zomby, Joker and others, just as there were Shackleton and Burial on Maybes, but Kimbie’s sound is their own, and over two releases they’ve essentially proved that they can take on most of dubstep’s more interesting strains and fit them to their own vision; in many cases bettering their more experienced peers.