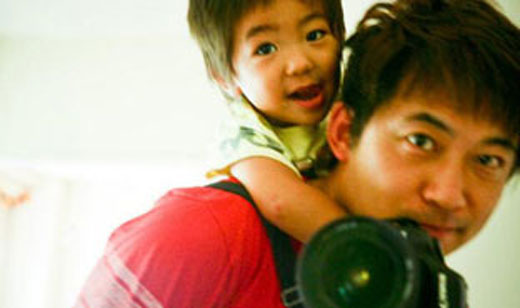 Kaito , the Tokyo-based artist responsible for some of Kompakt’s most gushing, glorious releases, has delivered a new album for the label: Trust.

It’s Hiroshi Watanabe’s third Kaito album under to date, following the classic (if unfortunately named) Special Love (2002) and Hundred Million Light Years (2006). The Kaito project is named after Watanabe’s young son, and literally translates as "the one that is available to explain the universe". Cute.

Kaito is in fact one of Japan’s biggest dance producers and remains one of the top three bestselling artists for Kompakt in Japan, USA and Greece. Trust finds him developing his signature sound: incredible lush, emotive synthesizer music, pitched somewhere between ambient, pop and a kind of socially acceptable trance. It’s due out on September 28, and the tracklisting is as follows:

1. And That Was The Way2. The Breath Of Spring3. Rainbow Circles4. Nothing Could Be More Peaceful5. Too Good To Be True6. Trust7. We Are Living Here8. It Happens Suddenly9. Reach For Your Mind