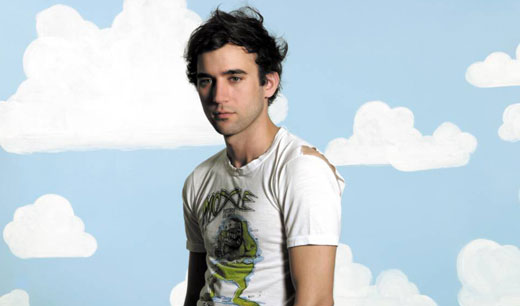 Remember when people used to just release records, with no distracting surplus shit? Nah, us neither. Sufjan Stevens new project is called The BQE, and it’s nothing less than "a CD/DVD with Viewmaster reel, 180-gram vinyl with comic book".

It’s out on October 20 via Asthmatic Kitty and Rough Trade. Quoth the press release:

"Sufjan Stevens premiered The BQE, a film and musical suite exploring New York City’s infamous Brooklyn-Queens Expressway, at the Brooklyn Academy of Music’s Next Wave Festival in November 2007. The critically applauded performance featured 36 performers including a band, a wind and brass ensemble, string players, a horn section, projected film footage of the expressway and five hula hoopers. On October 20, Asthmatic Kitty Records will release The BQE.

"The comprehensive package features the CD soundtrack, the DVD of the Brooklyn-Queens Expressway film footage, a 40-page booklet with extensive liner notes & photographs and an accompanying stereoscopic 3-D Viewmaster® reel. Furthermore, Asthmatic Kitty will release a limited edition double gatefold vinyl edition of The BQE on 180-gram vinyl with a large-scale 32-page booklet including liner notes, photographs and a black and white version of a 40-page BQE-themed Hooper Heroes comic book. View a video trailer of The BQE here:

"The concept behind The BQE is based largely on the history of New York’s Brooklyn-Queens Expressway—12.7 miles of urban roadway built between 1939 and1964 by master urban planner Robert Moses. The Viewmaster®, unveiled at the 1939 NYC World’s Fair (the World’s Fair being part of the motivation for the construction of the BQE, funneling New Yorkers to and from Flushing, Queens), was intended to promote 3-D panoramic illusions of the American landscape and serve as advertising for various tourist destinations and motivation for American drivers. The Hooper Heroes comic book, written by Stevens and drawn, colored and inked by collaborator Stephen Halker, follows three extra-terrestrial superhero sisters who use hula-hoops to combat ‘the Messiah of Civic Projects’, Captain Moses."

What, you expected us to paraphrase all that? For more information, visit sufjanstevens.com.