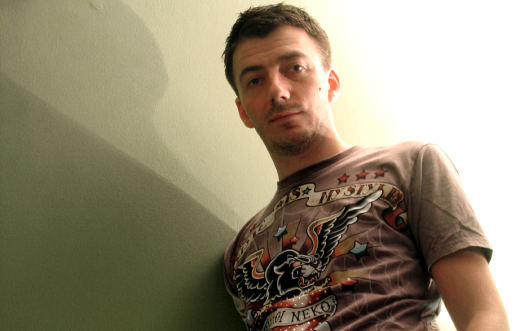 We’ve made no secret for our love of Jack ‘Untold’ Dunning – in fact, if there’s been a better producer operating within dubstep’s increasingly clouded boundaries this year, then we can’t think of one.

‘Anaconda’, ‘I Can’t Stop This Feeling’, his remix of Ramadanman’s ‘Revenue’ and recent single ‘Just For You’ have all the signs of a producer who’s entered a zone of creativity and can’t get out: every track we hear from Untold seems to top the last in terms of inventiveness. There’s a reason he’s playing our next party at the Lock Tavern, and his FACT mix was our most popular since Ben Klock.

So good news then, that Dunning is preparing to release a six-track double-pack vinyl of his own material in late September/early October. Titled Gonna Work Out Fine (HEK005), it’ll be released on his own Hemlock label and features the following tracks:

No one likes a smart-arse

Fans of the Untold FACT mix will know a couple of these already, and you can hear all five on his myspace right now. There’ll be a sixth track announced nearer the time, ’til then, this is what Untold told us about the EP so far:

"The EP is a collection of beats I wrote using similar elements to ‘Anaconda’ with more of a US house influence. ‘Stop what you’re doing’ is the black sheep, I wrote it after a day of listening to grime instrumentals and jungle, but it made me realise you don’t need kick drums to have a good time. I’ve kept the production as stripped back as possible, avoiding the layers and cosmetics that were a big part of my earlier stuff."

The EP will be closely followed by an Untold remix 10" (HEK006), featuring a James Blake remix of ‘Stop What You’re Doing’ and the Pangaea remix of ‘I Can’t Stop This Feeling’, the latter of which should also be familiar to fans of the FACT mix.