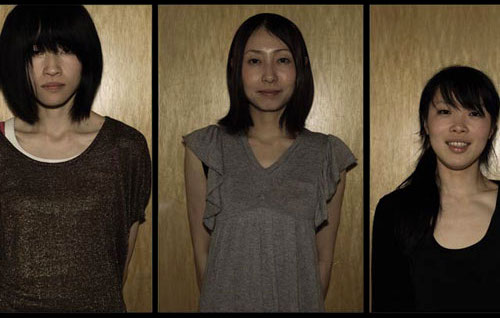 Yeah, we didn’t know who they were ’til last week either. But this Tokyo girl group have some serious credentials: Gang Gang Dance, Prefuse 73, No Age and Battles are all fans, and the consistently on it Upset The Rhythm crew have been raving about them.

Consisting of Sayaka Himeno (drums), Yuri Zaikawa (bass) and Masako Takada (guitar), the trio have been playing music together since they were ten, and released a pair of EPs on pedigree Norweigan label Smalltown Supersound (Lindstrom, Mungolian Jet Set), titled Neji and Tori. Said debut album, Destination Tokyo, was originally released on Bijin Records, the girls’ own label, in Japan last year, but now gets a UK and European release via Smalltown, with Warp taking care of the band’s publishing.

It’s available on CD, vinyl and digital download with Kim Hiorthoy designed artwork, and the first 12" will come with a Prins Thomas remix.