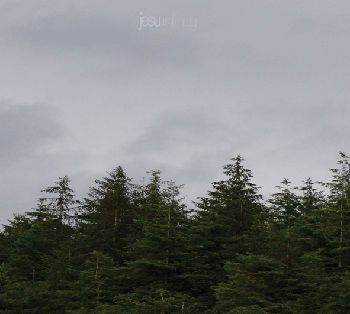 Look, we know it’s pretty lame when music websites are like ‘so and so’s the hardest working man/woman in pop/rock/dance/Sheffield, because it’s usually bullshit. So we’re not gonna say that about Justin K. Broadrick. But we will say he’s more industrious than most.

Not only does the legendary Birmingham musician (a former member of Napalm Death; he’s also the main man behind Godflesh, Final and Jesu, and has worked with the likes of Kevin ‘The Bug’ Martin and Swans vocalist Jarboe in the past) have the first Greymachine album on the horizon, he’s announced details of the next Jesu album. And the next Jesu EP. And released a Final album. And announced live dates.

The new Jesu album is titled Infinity, and is available to pre-order from Broadrick’s own Avalanche Recordings now. He played all instruments on the fifty-minute LP, which as you’d expect with a Jesu album, comes out in a lush six-panel sleeved digipak. First edition of 2000 CDs. First vinyl edition of 1300 copies, of which the first 400 are grey vinyl and the other 900 regular – those are available in late August. It looks like this:

The Jesu EP that will follow Infinity is titled Opiate Sun, and comes out on Caldo Verde Records, on October 27. The vinyl version comes out on Aural Exploits.

The new Final album is titled Infinite Guitar 3 / Guitar & Bass Improvisations, and is a double CD on Avalanche, limited to 500 CDs in a six-panel digipak. In Broadrick’s words, it’s "by a longshot the best of this series so far, deep highly processed improvisations for the late night somnambulist. For Infinite Guitar 3, JKB for the first time in this series, improvised through a loud Marshall stack, processing the recordings after, which results in a wider set of nuances and textures once compared to the previous volumes of Infinite Guitar. Guitar & Bass Improvisations 3 featuring Diarmuid Dalton on bass, is again, the most comprehensive of this series to date."

The Jesu live dates are as follows:

Oh, and don’t read too much into it, but this made us smile. Broadrick over Twitter, after being asked if there would be another record from Techno Animal (Justin’s collaboration with The Bug):

"There’s a strong possibility, we did spend 10 years plus working quite solidly together though. The Bug is very busy for him…"