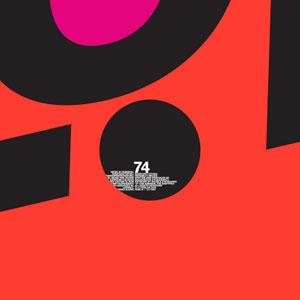 Polish-born, California-raised Margaret Dygasiewicz isn’t the most prolific producer, currently averaging one 12″ single per year, but when she delivers, she really delivers. Under the tutelage of NSI.’s Tobias Freund, Dyasiewicz – that’s Dygas to you and me – is making some terrifically serious and searching work, as heard on her current EP for Perlon, Invisible Circles.

Ah, Perlon. Anyone with taste will tell you that in the period 1997-2006 Perlon was one of the most exciting labels in dance music. But what of the last three years? Accounts and opinions vary. There are those who maintain that the label has lost none of its golden touch nor its will to experiment, citing recent releases by STL, Villalobos and Melchior Productions as evidence of this. Then there are those who think Perlon is a mere shadow of its former self, releasing tracks ever more sullen, solipsistic and lifeless.

I have a foot in either camp, if truth be told, but with Invisible Circles Margaret Dygas has radically re-affirmed my faith in Perlon product and aesthetic. For while this is very much the work of a talented individual, it’s also assuredly Perlon in character; clearly there is mileage and room to roam in this sound yet. The B-side is what most DJs will play out: with its layered acoustic guitars, funked-up congas and total dancefloor immediacy, Luciano will probably have already played it out a 1000 times before this review is even published. But it’s the title track and A-side that’s given me kittens: a loose tribal-futurist groove, replete with sampled vocal murmurs and juddering dub FX, it’s elegantly scrambled brain-dance music in the tradition of My Life In The Bush of Ghosts and the Moritz Von Oswald Trio’s recent Vertical Ascent. Tobias Freund’s sumptuous mixdown really emphasises the depth and detail of Dygas’s abstract yet compelling sound design; whereas similarly trippy rhythmic investigations on Perlon tend to meander, ‘Invisible Circles’ is unwaveringly taut and propulsive. My only hope is that we don’t have to wait another year for Ms Dygas’s next single; I’m damned curious to know what she’s up to. Perlon, meanwhile, is back on form.