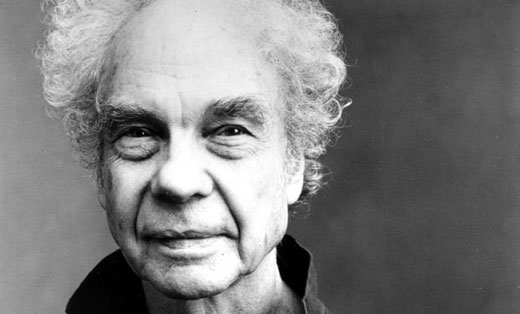 Cunningham is a giant of the 20th century avant-garde, known for his tireless collaborative spirit and deep influence on artists as diverse as Cage, Bruce Nauman and Dvid Tudor.

It was as leader of the Merce Cunningham Dance Company that Cunningham, who was born in Centralia, Washington in 1919, had the most impact. From the company’s very beginnings, Cunningham collaborated with John Cage, its Musical Advisor and Cunningham’s life partner from the 1940s until Cage’s death in ’92. The duo’s most controversial idea concerned the relationship between dance and music, which they concluded may occur in the same time and space, but should be created independently of one another (doesn’t seem all that crazy now, granted, but these were less enlightened times). They also introduced a number of chance procedures into the creative process, something which Cage pioneered in his own compositions and which would later be brought to a pop audience by Brian Eno. Cunningham rejected conventional elements of dance composition— cause and effect, and climax and anticlimax – to create his own free, "atonal" choreographic language. Throughout his career, he was quick to embrace new technology as a means of developing his art, including stop-motion animation.

The MCDC is famous for commissioning work from contemporary composers and those outside its immediate sphere: the likes of Gavin Bryars, Sonic Youth and Radiohead.  The latter joined forces with Sigur Ros for Split Sides, a special commission for the MCDC’s 50th anniversary at the Brooklyn Academy of Music back in 2003.