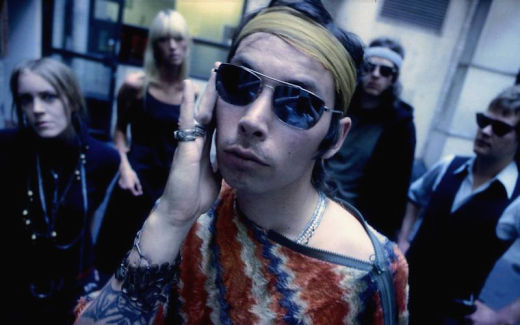 Legendary bliss-pop lot My Bloody Valentine are curating this years All Tomorrow’s Parties: Nightmare Before Christmas. Already down to play were The Horrors, Sun Ra Arkestra, EPMD, De La Soul, Sonic Youth, The Buzzcocks and more, and now another batch of acts have been announced.

Leading the charge are Primal Scream. They did a Julian House-designed boxed edition of Beautiful Future last year – you should probably check it out. In hot pursuit of the Manchester icons are New Mexico stoners Brightback Morning Light, alt-rock veterans Yo La Tengo, and perhaps most interestingly Norwegian shoegazers Serena Maneesh [above]. For those who don’t remember, Maneesh’s superb self-titled album from 2006 was a Loveless tribute record in at least a billion ways, and it’s nice to see that wasn’t lost on their inspirations.

It all takes place from December 4 to December 6, at the usual location of Butlins, Minehead. Tickets and more info here.