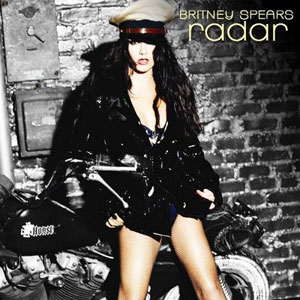 ‘Radar’ – which is inexplicably receiving a single release a full three years after it first appeared on the seminal, self-mythologizing Blackout album – only serves to remind us of a time not so long ago when Britney Spears, aside from being viewed as a walking death-wish, was also associated with some of the most impressively avant-garde pop music to come out of this decade. Blackout was a masterclass in extreme autotune, with production team Bloodshy & Avant subjecting Britney’s voice to the most brutal series of sonic violations – most memorably turning the beleaguered popstar into a masculine demonlover in a thrilling moment of lunacy on Freakshow. ‘Radar’ is similarly radical.

The level of vocal manipulation on ‘Radar’ is almost obnoxiously extreme, Bloodshy & Avant twisting and processing that instantly recognizable, poison-tipped slither of a voice as if it were just another synthetic noise to be toyed with. The overpowering weirdness of it all means Britney’s voice, extolling a series of obsessive stalker sentiments, practically carries the entire song, as fizzing synth waves and electro-pop beats compete to keep up. The result is a song as strangely playful as it is ominously robotic.