Weatherall's debut LP is 'A Pox On The Pioneers' 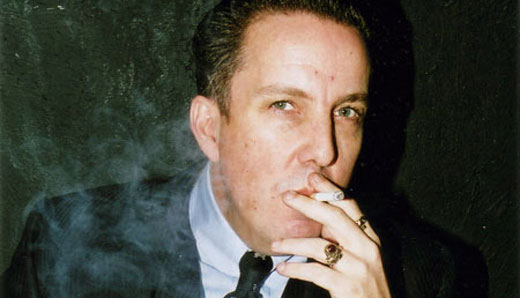 Andrew Weatherall will release his debut solo album, A Pox On The Pioneers, on September 21.

Though this is his first album under his own name, Weatherall is of course no stranger to the full-length format, having recorded several as a member of Sabres of Paradise and Two Lone Swordsmen, most notably the Warp digi-dub classic Haunted Dancehall. A Pox On The Pioneers finds the London-based producer merging his parallel and longstanding interests in rock ‘n roll and "modernist electronics".

One of the brightest and most characterful talents to emerge from the acid house explosion, Weatherall remains among the world’s most in-demand DJs, and is as comfortable spinning bleeding-edge techno at Robert Johnson as he is digging out box-matured rockabilly and soul for his recently inaugurated BBC 6Music show. Having made his name as producer of Primal Scream’s  Screamadelica, he continues to lend his considerable studio knowhow to a wide range of artists, and in recent months has worked with VV Brown, Doves and Fuck Buttons. Apparently he’s also at work on a range of hand-made prints for a 2010 gallery show.

A Pox On The Pioneers will be out on Weatherall’s own Rotters Golf Club imprint.

6. Let’s Do The Seven Again

7. A Pox On The Pioneers

8. All The Little Things (That Make Life Worth Living)