Modern Love's MLZ and Canty get witchy as Demdike Stare 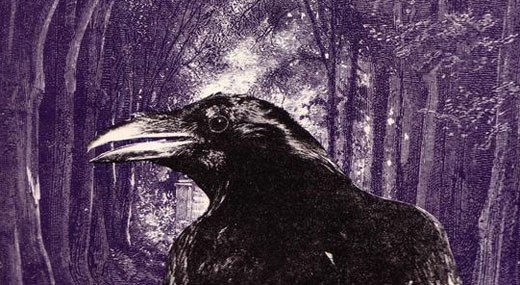 Manchester’s always impressive Modern Love label is taking a leap into the occult with the release of Symbiosis, the debut album by Demdike Stare.

Demdike Stare is the witchy alter ego of Sean Canty and Miles ‘MLZ’ Whittaker. Canty is one of the rainy city’s best-known record collectors, obsessed with "everything from obscure Nordic Doom to Antolyan funk", and works behind-the-scenes at Andy Votel’s Finders Keepers, while Miles is a Modern Love stalwart, having released several records on the label both solo as MLZ and as one half of Pendle Coven.

Miles’ Pendle Coven project was named after Pendle Hill in north-east Lancashire, an area beloved of ghost-hunters and famed for its witch trials of 1612, when ten suspected witches were executed. Demdike Stare take their name from the most famous of the ten – Elizabeth Southern, better known as Demdike.

Symbiosis finds Whittaker and Canty stalking similar sonic terrain to Pendle Coven, somewhere between drone and dub-techno, natural and industrial, arcane and futuristic. The recordings absorb the duo’s shared interest in Iranian, Turkish and West Indian library records – listening to the Middle Eastern textures on ‘Tripped Dervish’ and ‘Haxan Dub’ it’s hard not to think of Shackleton, while ‘Regressor’, ‘Extwistle Hall’ and ‘Nothing But The Night’ are firmly in the hauntological tradition of Ghost Box and Mordant Music. Also strongly evident is Demdike Stare’s interest in the spatial quality of sound, and it’s no surprise that they give props to Mika Vainio in the press release accompanying the album.

Symbiosis will be released on September 21 as a CD and split across two 12"s, each mastered at D+M Berlin and limited to 300 copies. The cover art is by Andy Votel.

9. Nothing But The Night