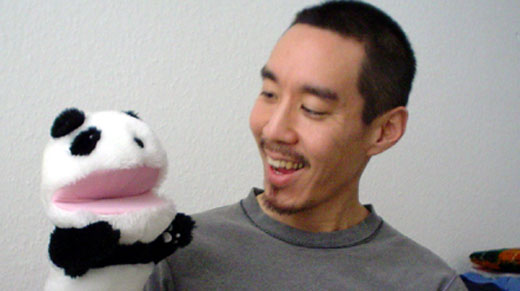 Wang founded Balihu in New York City in 1993, and along with Morgan Geist’s Environ it sparked the city’s second mahor disco renaissance, inspiring labels that came later like DFA, Rong Music and Wurst. The label was chiefly an outlet for Wang’s own production work, but there have also been vital contributions from Brennan Green, Ilya Santana, Carlos Hernadez and Massimiliano Pagliara. Balihu 1993-2008 collects all these jams, including Wang’s bona fide anthems ‘Warped’ and ‘Like Some Dream I Can’t Stop Dreaming’, which was featured on James Murphy and Pat Mahoney’s FabricLive mix CD. Balihu’s catalogue runs pretty much the whole gamut of disco – hi-NRG synth-pop, italo, post-Loft house, Europhile cosmic business -and the quality is uniformly high.

"Well, after all this time," Wang wrote in Faith a couple of years back, "I can see Balihu and my own DJ career — through other people’s eyes — as a tiny statement of individuality, queerness, whatever. Commercialism has rendered so much pop culture stupid and numb. The media tells young people that it’s all about Gucci bags, having a hot body, staying sweat-free, and taking lots of digital photos of oneself — materialism and narcissism. Contrary to all that, in principle as least, are gay bears, hand-written record labels, musical introspection, bands like Hercules & Love Affair, and dark rooms where sound and feeling are more important than appearances. That’s what these 15 years taught me. I didn’t know it when i started, but i’m glad I got a chance to find out and say it out loud."

Daniel Wang presents Balihu 1993-2008 is released on 2xCD by Rush Hour on September 29; you can listen to samples and find more information here.