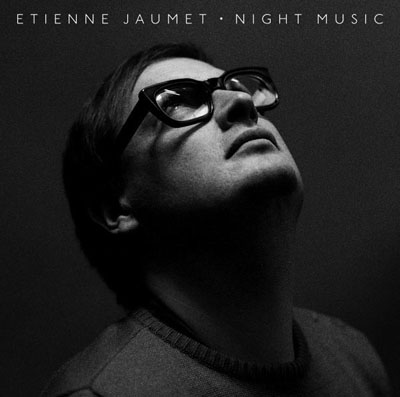 Domino Records are to release an album by Etienne Jaumet, entitled Night Music.

Jaumet is one half of acclaimed horror-disco types Zombie Zombie but his roots lie in alt-folk: over the course of his career he’s collaborated with the likes of The Moldy Peaches, Herman Dune, Daniel Johnston and Lou Barlow. The Frenchman has had two solo releases to date, ‘Repeat Again After Me’ and the Entropy EP, prompting comparisons to the 70s synth work of Giorgio Moroder, Manuel Goettsching, John Carpenter and Klaus Schulze.

Now comes Night Music – a Steve Reich-inspired, four-track album of "loops and hypnotism" performed by Jaumet and produced by none other than Carl Craig.

"It may look like the ultimate safe bet, Carl Craig being one of the very few unshakable pillars in modern Electronic Music-Making, but Carl did a lot more than simply mix the album. He based his work on a common musical culture. Long talks with Etienne about Liaisons Dangereuses proved once again that Craig is the most European of all the Detroit producers. He ripped the heart of the record to bring it to it’s full Electronic and Psychedelic life. Without adding anything but magic, Carl Craig took what Night Music was already was and enhanced it.

The album has been licensed by Domino and will be released in October.

1. For Falling Asleep2. Mental Vortex3. Entropy4. Through The Strata5. At The Crack Of Dawn