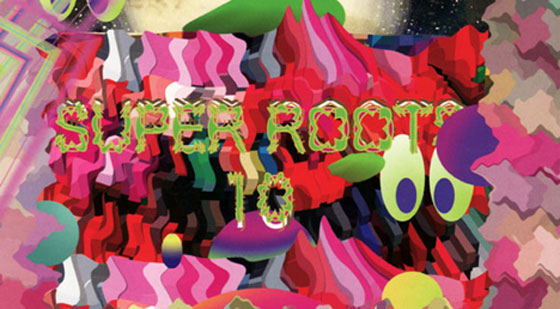 The release will be available as a limited 2×12" release with artwork – which unfolds into a 24" x 24" poster – designed by EYE, who also produced the album.

Super Roots 10 features a remix from Norwegian disco (vi)king Lindstrom, and another from Japanese artist Altz, who you may know from his releases on Death From Abroad and Bear Funk.

The band will be performing their Boadrum 9 drum circle show at Terminal 5 in New York on September 9, and Thrill Jockey will release a new album from Yoshimi P-We’s OOIOO, Armonico Hewa, in October