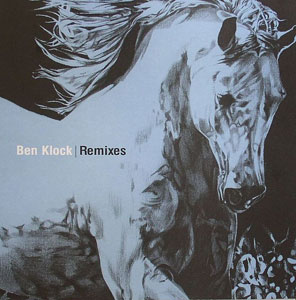 Ben Klock’s debut album One, released at the beginning of this year, certainly had it moments, but for this reviewer lacked the freshness and vitality of his 2007 collaboration with Marcel Dettmann, Scenario, which at once established and pretty much perfected “the Berghain sound” – a 90s-indebted, big-room take on minimal techno massively informed by dubstep’s sense of space and a European industrial aesthetic.

Three tracks from One go under the knife for this formidable remix 12″. On the A-side ‘Goodly Sin’ – which was one of the album’s highlights, with low-key vocals from Elif Bicer riding a Shed-style stepping rhythm – is picked apart and re-built by Robert Hood. The godfather of minimal slices Bicer’s vocal into syllabic stabs which ping off a severe but insidiously funky rolling 4/4 pulse. It’s good, but one wonders whether Hood is really breaking a sweat.

Regis and Function, stalwarts of Sandwell District, probably 2009’s most talked-about techno label, are at least partly deserving of the praise heaped upon them: their devastating production style navigates the warmly sensuous and the coldly metallic with aplomb, making dubbed-out techno that is resolutely not “dub-techno”. This remix of ‘Subzero’, which first appeared on Klock’s Before One EP, is as impressive as one would expect: but, for all its balance and cadence, despite fizzing and popping in all the right ways, like much of the Sandwell District repertoire there’s something innately forgettable about it.

The highlight of the package comes from Kenny Larkin, a legend if ever there was one, but one whose recent output I’ve not been all that keen on. The sometime stand-up comedian re-imagines ‘OK’ in the style of late 90s Planet E, generously melodic and with a very “classic” sounding arrangement, its syncopated groove glitters and gleams with jazzy keys reminiscent of Reggie Dokes’ recent ‘Chicago Pimp’. Dazzling, unpretentious stuff.