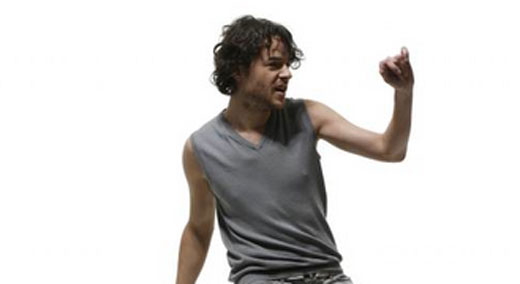 Matias Aguayo‘s new album is called Ay Ay Ay!! and will be released in October via Kompakt.

It’s the follow-up to 2005’s masterful Are You Really Lost?, and though we’ve yet to hear it, we sense it’ll be less moody and introspective than its predecessor. Aguayo’s recent releases – including some rhythmically challenging gear for Soul Jazz and the camp pop meets bleep tecno of the Walter Neff EP for Kompakt – suggest that Ay Ay Ay!! is going to be an open-hearted and exuberant affair.

"I finished [the album] like one week ago," Aguayo told LA Weekly a few days ago.

"It was a long process to record it. I was working on it for about two years, maybe a little bit more. It also had very different stages, the developing of the idea and the recording, which started in Buenos Aires. For the improvement of the recordings and the arrangements, I worked with Vincente Sanfuentes. He helped me in recording. He’s a producer/sound engineer/musician and he had a lot of experience as a sound engineer, so he helped me with the recording, with the microphones. This was in Chile. Then afterwards in Paris. then I went to Berlin with him to mix together with my partner Marcus Rossknecht, who I worked with before. He mixed the album I did a couple of years ago [Are You Really Lost?] and he helped with this one, which was a complicated process because it’s mainly vocal recordings. I did a lot with my voice, sometimes like 60 layers of just voice recordings. So, it was a very complex work, but that makes it very interesting."

The cover art for the album has been designed by Trevor Jackson.

Aguayo followed his fabulous FACT Mix from a couple of months back with a new podcast for Resident Advisor, posted yesterday. It features new tracks by Aguayo himself as well as contributions from the likes of Rebolledo and Diegors.