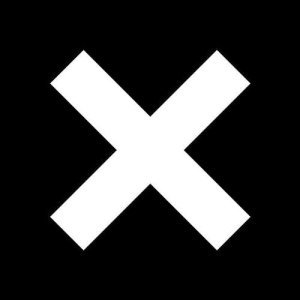 Listening to The xx’s debut album, it’s impossible not to be overcome by the sort of sublime sadness that feels like a rheumatoid ache in the heart area. It begins innocuously enough with ‘VCR’, a pretty music box chiming motif punctuating the pretty boy-girl vocals of guitarist Romy Madley Croft and bassist Oliver Sim. Pleasant, sure, but reminiscent of pretty much any US indie band that get a kick out of soundtracking mobile phone adverts. It’s only when they begin to wallow in their sparse palette of bass, the pointed twang of post punk guitar, the clatter of drum machines and a lot of reverb, that this London four-piece sound special, and distinctly British. The haunting synths of ‘Crystallised’, the industrial whirrs that briefly open ‘Islands’ and that abrasive snare on ‘Infinity’ suggest that they’re the sort of guys who worship Martin Hannett. But to write them off as Factory nostalgics is off the mark; central track ‘Fantasy’ calls upon far more contemporary reference points – the aqueous sub bass recalling the ghostly depths of cerebral dubstep of the Peverelist ilk.

This is undoubtedly a record that likes to wallow; one that like The Cure’s Faith or Joy Division’s Closer, seeks its own catharsis through melancholy. Thankfully, it’s executed with a deftness of touch that stops it becoming overwrought: the first verse of ‘Basic Space’ restricted to just vocals and scratchy electronic percussion before a subtle synth line and chiming guitar are introduced. And it’s still the album’s poppiest moment. Only the lyrics betray the band’s youth: there’s little depth beyond basic love-gone-sour poesy ("Did I say something that was wrong/Can I make it better with the lights turned on?" Madley Croft sings on ‘Shelter’, sounding strinkingly like Tracey Thorn). But sometimes the simplest means have the most profound resonance, and if nothing else, this album is a testament to that very fact.