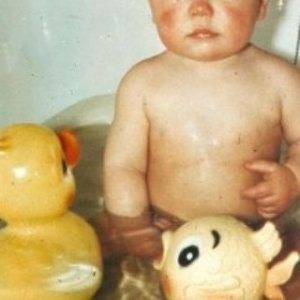 ‘Creepy Crawl’ sets the tone in the sort of fashion fans of Think will be familiar with: the focus a classic sounding punk riff, with vocals so deep in the mix the lyrics are indecipherable. The words might be hidden in feedback but Shaun Hencher uses his voice to good effect as an instrument in its own right, playing supporting actor to the head-nodding basslines that define these tracks. Recent single and not-quite-title-track ‘OCD Go Go Girls’ and the ridiculously fun ‘Alone with a Girl’ mark the album’s high points, and album closer ‘Wild Smiles’ even dares to sport a guitar solo. Unfortunately the roads that connect these landmarks are too often muddy – blending together in a way that’s almost inevitable for a record with such strict musical parameters and a complete absence of discernable lyrics.

Lovvers are probably a great live act, and the ultra lo-fi production of this album goes some way to translating their raw reputation to record. But it also distances the listener, blunting the effect of the album’s poppier moments. That said, the tracks that do work work fantastically, and at under 30 minutes OCD hardly outstays its welcome.