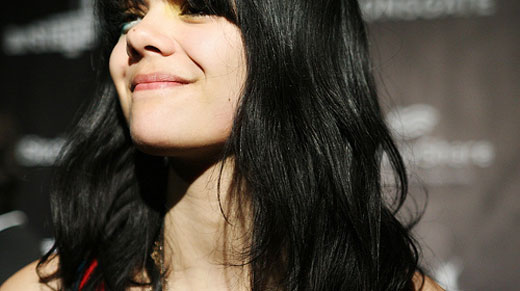 Parlophone will release a special edition of Bat For Lashes‘ acclaimed Two Suns album on September 7.

The CD/DVD set includes a 48-minute documentary featuring footage shot in locations like Big Sur and Joshua Tree in California, New York City and the Welsh countryside, and we’re told it will offer "an extraordinary insight" into to the making of the album.

As well as all the tracks from the original album – recently hailed as a "masterpiece" by, er, Johnny Depp – the special edition features eight bonus track, including a stripped-down version of the single ‘Daniel’, and covers of ‘A Forest’, ‘Lonely’ and ‘Use Somebody’ by The Cure, Tom Waits and Kings of Leon respectively. The Waits cover is particularly enchanting, recorded live art Koko and featuring lavish arrangements performed by a string quartet and horn section. There’s also Dave Sitek’s intense remix of forthcoming single ‘Sleep Alone’ as well as a previously unreleased track in the shape of ‘Lonely’.

Autumn sees BFL embark on an extensive national tour, which kicks of at Bestival 2009 and culminates in two headline shows at London’s Roundhouse, and she’ll be supporting Coldplay for two dates in Europe.