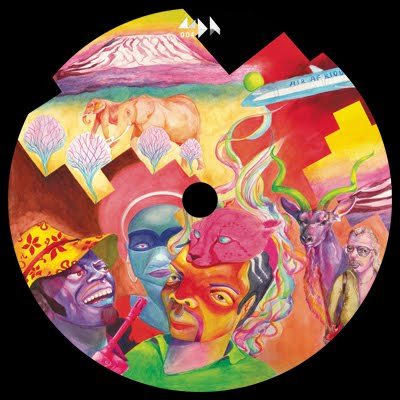 There have been two Nacho Patrol releases to date, The Maze of Violence, soundtrack to an imaginary Italian horror/cop flick released in 2008, and then this year’s Futuristic Abeba EP. Released on Rush Hour Records offshoot Kindred Spirits, Futuristic Abeba was a voodoo-infused mix of ethio-jazz, afrobeat, house and tribal psychedelia, and one of the 12"s of the year so far; a Hudson Mohawke remix of lead track ‘Africa Space Program’ is in the works.

From the sticky electro-funk of ‘Small Stones’ to the undulating, Balearic-style drum raga of ‘El Fuego en Nostrodus Todo’, Africa Jet Band is going to be a terrific listen, at least if the clips on Wolfers’ blog are anything to go by,