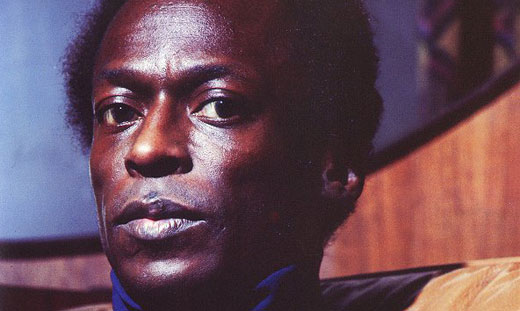 How many Miles Davis albums is enough for the casual to middling fan? Two? Twelve?

Once you’ve got Kind of Blue, On The Corner, Miles Ahead, In a Silent Way and Bitches Brew, where do you go? Maybe you’d want Sketches of Spain and Jack Johnson too. But 52 Miles albums? That’s a little excessive, ain’t it?

Columbia Records obviously don’t have the casual to middling fans in mind with their latest project: on November 10, they’ll release The Complete Columbia Album Collection: a 70xCD box set containing every one of the 52 albums Miles cut in his career, as well as a DVD, Live In Europe ’67. The box set also includes a previously unreleased live audio recording of Davis’s performance at the 1970 Isle of Wight.

As well as all the discs, which are clad in "Japanese-style" mini-LP jackets, the set includes a 250-page book. It’s available to order exclusively from Amazon. The price tag? Oh, only 369.98 US dollars.