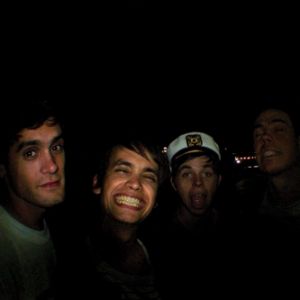 The Strange Boys and Girls Club is practically part of my subconscious now. Since getting this LP back in the first half of this year I’ve listened to it more than any other 2009 release, and it’s at the point where it’s bordering on background music. It’s been out my car twice in this period: once when I took it on holiday, once when I ripped it to my girlfriend’s laptop. It’s become a default. But despite all that, I’m still discovering new things about it with every listen, and they charm me every time.

Released on In The Red (Blank Dogs, Vivian Girls) this year, TSB&GC is the debut album from The Strange Boys, a quartet from Austin, Texas who specialise in two-minute garage rock jams that sound like they’ve been recorded in some backwater bar with vocalist Ryan Sambol singing from the bogs. Yeah, there’s nothing here you couldn’t get from say, this year’s Monks re-issues, but rather than being Radio 1 nostalgia jockeys, The Strange Boys sound like they’re part of a lineage of timeless garage rock that you can trace from the Monks to the Devil Dogs to the whatevers. The lyrics deal with terrorism, war, guns and presumably girls – and yeah, they’re often a little trite ("if every war’s been paid for / on both sides, from the same guy / then ask yourself why / I should have to fight", Sambol drawls on the ridiculously good ‘No Way for a Slave to Behave’) but that adds to the Southern charm of the whole thing – especially when backed by those slouchy vocal harmonies.

When all said and done, people (like us) can bang on about forward-thinking and progression all they want, but as Blank Dogs proved earlier this year with his Under and Under LP, there’ll always be room in music for bands who can go medieval on the jangly riffs and stunning hooks. The Strange Boys do just that, and sound like they’re literally having more fun than anyone else in the world in the process.