Broadcast + The Caretaker live in London 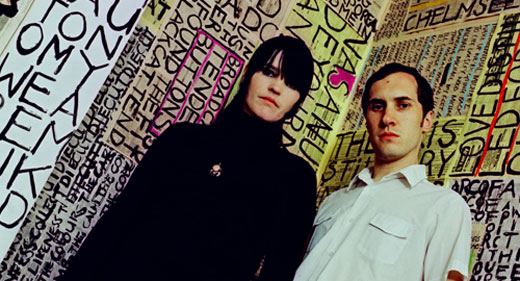 Broadcast and The Caretaker will perform live in London on Sunday 11 October, under the banner New Realms Of The Uncanny.

New Realms of The Uncanny is part of a three-day festival, Into The Vortex, hosted by The Wire at Vortex Jazz Club in Dalston. The festival kicks off on October 10 with New Planes of Ecstasy featuring performances by Richard Youngs & Heather Leigh Murray, drone/improv/techno unclassifiables Astral Social Club and hypnagogic pop princelings The Skaters (think Animal Collective but a lot more mental). On October 10 it’s New States of Song with The One Ensemble, Band of Holy Joy and Alastair Roberts’.

New Realms of The Uncanny closes out the festival and is headlined by Broadcast. The Warp-signed duo, whose most recent album is 2005’s Tender Buttons, will perform live accompanied by a film by Julian House. House is one of the brains behind the Ghost Box label, which next month releases a new album by former Broadcast member Roj, and a world-renowned graphic artist who has designed every Broadcast sleeve since their 1996 debut EP, Accidentals. Also performing live will be The Caretaker, who is gearing up to release a triple-album entitled History Always Favours The Winners (under the name Leyland Kirby). His mesmerising live shows are all too rare, so don’t hesitate to catch this one if you can.

Also performing live on October 11 will be Thomas Ankersmit; Mordant Music will be DJing.

More information and tickets (£12 per night, £30 for all three) can be found here.