The Caretaker: Persistent Repetition of Phrases 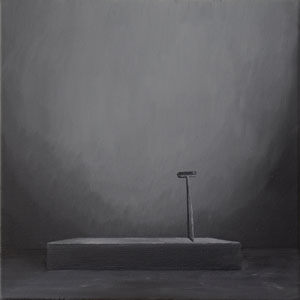 An Alzheimer’s waltz, a journey into a kind of Alaska, an elegant exploration of the romance of entropy, Persistent Repetition of Phrases is a distillation of The Caretaker’s art. Far less forbidding than his masterpiece, the often abstract six-CD boxset Theoretically Pure Anterograde Amnesia, Persistent Repetition is a work whose hazy prettiness is coloured by sadness and loss.

The Caretaker is well aware that the fragments of pre-war pop that he has unearthed and looped gain allure from being partially buried beneath layers of surface crackle. The tracks sound like musical boxes heard through a rainstorm. The Caretaker is a past master at the technique of exquisitely drawing out and distending the ache – of nostalgia, heartbreak, longing – already glowing like gaslight in these old songs. The persistent repetitions are symptoms of damaged recall and attempts to rectify it. ‘False Memory Syndrome’ is the title of one of the tracks here; one of many references to memory disorders on the LP, and The Caretaker puts us in the gently crumbling mind of an elderly amnesia, for whom the stuck tunes are fragments shored against the ruin of memory, the forgetting of a world erased by rock ‘n’ roll.

Originally published in FACT last year at the time of the album’s original release.