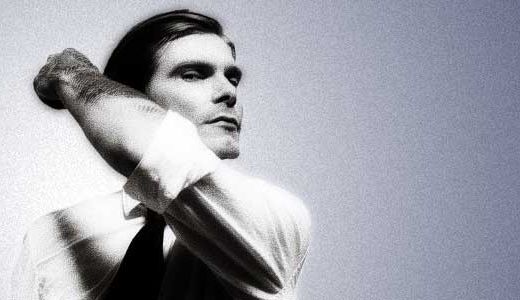 ‘Seven’, the next single to be taken from Fever Ray‘s self-titled album, will feature remixes from some of dance music’s absolute elite.

Heading the charge is Ostgut-Ton beefcake Marcel Dettmann [above], whose Berghain 02 CD was voted Resident Advisor’s mix CD of 2008, and Martyn, whose frequently stunning blend of garage, house and dubstep should require no introduction – not if you’ve heard his Great Lengths LP, or his recent 10"s on Curle and Aus Music.

Detroit playboy Seth Troxler also features, along with Brazilian dance-punk troupe CSS (we’d almost forgotten they existed, to be honest), fidget-house’s very own Chuckle Brothers in Crookers. Real Daniel and Nic Chacona complete the line-up. The video for ‘Seven’ will be directed by Johan Renck, who’s lent his touch to past videos from The Knife, Beyonce, and Bat for Lashes in the past, not to mention the previous Fever Ray vids. The single comes out October 5 via Rabid and Cooperative.

Fever Ray, who if you weren’t already aware, is Karin Andersson from The Knife, will also re-release her self-titled debut album on October 12. Fever Ray – The Double Disc Edition contains the original album, two cover versions (of Vashti Bunyan’s ‘Been Here Before’ and Anita Lane’s ‘Stranger than Kindness’), and a DVD featuring all the videos from the project so far.