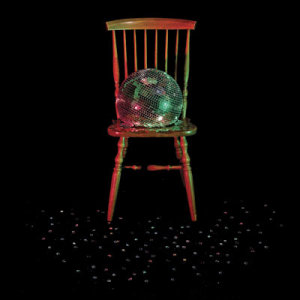 Though one might admire Jim O’Rourke for his innumerable noise and improv-based recordings, it’s the three unashamedly pretty, melodic releases in his oeuvre that have brought him the most acclaim and affection. In 1997 he released Bad Timing, an ecstatic folk-rock epic that seemed to come out of nowhere, and then in 1999 delivered his "crossover" masterpiece: the extravagantly rendered, vocal-led Eureka, one of that decade’s most remarkable albums and a uniquely satisfying reconciliation of pop and avant-garde sensibilities. In 2001 he followed up Eureka with not one, but two studio albums. Insignificance, the notional sequel to Eureka, was a more straightforward if sardonic exploration of traditional song-form. I’m Happy, And I’m Singing, And A 1,2,3,4, released on the staunchly high-minded Mego label, couldn’t have been more different – a sequence of processed laptop music which was infinitely less extrovert and immediate than Insignificance, but considerably more powerful.

Since then, O’Rourke’s been quiet on the solo front, concentrating on production work for the likes of Sonic Youth and Joanna Newsom, and as such The Visitor is a keenly anticipated release. So has our man picked up where he left off on Insignificance, or has he delivered something more opaque and electronic a la I’m Happy? Well, he’s actually done neither. If anything, The Visitor sounds like a delayed follow-up to Bad Timing; a gorgeous, 38-minute folk symphony that dispenses with vocals but is absolutely bursting with life.

It begins coyly, but doesn’t take long to grab you by the balls. So lauded is O’Rourke as a producer, that it’s easy to forget what a fearsomely accomplished guitarist he is. His multi-tracked, largely acoustic parts here are just sensational; his mixing-desk mastery allows him to capture every quirk and nuance. Some passages are reminiscent of Eureka at its least blowsy, with a delicate but confidently balanced instrumental mix of guitar, banjo, piano, woodwind and martial drums.

So classic does The Visitor sound, you’re naturally inclined to assume that there are lots of records like it. Then you actually think about it, and realise there are none – none at all. The Visitor is a lone-standing triumph, not just of composition and performance (every note is written and played by O’Rourke) – but of craft as well. They don’t make them like this anymore; and, come to think of it, they never did.