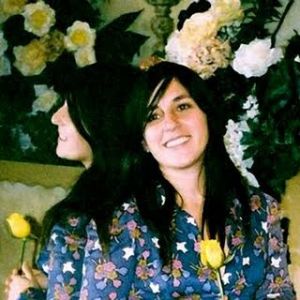 Ramona Gonzalez, a.k.a Nite Jewel, makes ‘bedroom dance’ music. At least that’s what it’s been described as. Which is a lovely image really: what’s nicer than dancing in your bedroom?

Good Evening, Gonzalez’ debut album (originally released last year on Gloriette, a small California-based label who’ve put out an album by lo-fi idol Ariel Pink, then re-released on Human Ear Music, who’ve also released an album by Ariel Pink, and now given a UK release by No Pain In Pop, who haven’t yet put out an album by Ariel Pink – lost yet?) is, as you’d expect, very lo-fi and very lovely. The whole thing is saturated in soft focus; the percussion blunted by layers of fuzz. And there are definitely points, from opening track ‘Bottom Rung’ in fact, where you find yourself wondering if the world really needs another record like this. To which the answer is clearly ‘no’.

Where Good Evening excels is the tracks where Gonzalez lets her 80s/early 90s snyth-pop and hip-hop influences come to the forefront: the drum machine hits and wiggly synth-lines on ‘Weak For Me’ sound all the better recorded into an 8-track and accompanied by Gonzalez’ spectral vocals – when the track winds to a halt, it’s like the Ghost in the Machine being exorcised. ‘What Did He Say’, still the LP’s stand-out track and a quality 12" in its own right on Italians Do It Better, staggers around with the sort of syrup-thick, stoned notes that Dam Funk would be proud to call his work, while ‘Heart Won’t Start’ and ‘Let’s Go’ are unashamedly tinny AM radio tributes that Ariel Pink (him again) would happily take to the diner on a night off.

In short: there are definitely a couple of weaker tracks on Good Evening, and yes we’ve heard it all before, but ‘til this current legion of self-made DIY pop superstars collapses onto itself, the album’s a fine addition to recent records by High Places, Silk Flowers et al, falling into the upper echelons of that aesthetic without quite excelling to the level of some.