Wiley: the "last ever" interview 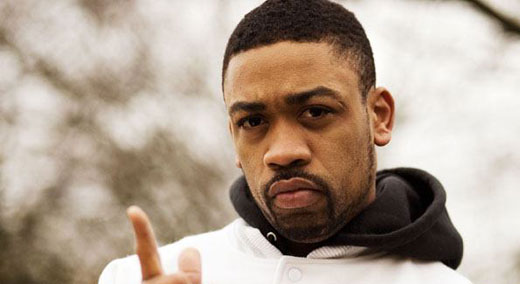 Grime star, Rolex-wearer and prodigious grumbler Wiley doesn’t half talk a lot of nonsense, so when he describes an interview as his "last ever", you know you’ll probably be reading a new one in a matter of weeks.

Still, that’s what Wiley says in a rather cranky Q&A in the London edition of Time Out this week.

"I don’t walk to talk to no one anymore," he tells Tamara Gausi. "I’m 30 years old. I’ve got children. Why the hell do I want to talk to journalists whose job is to just make me look bad…People think I’m mad. I understand why, but I’m not mad. I am actually quite sane."

Paranoia aside, Wiley confirms that he’s working on a new Roll Deep record, and that that a new solo album is due September 21. He also says he’s helming an album by Roll Deep-affiliated Brazen and a track called ‘She Likes To’ ("featuring the top MCs I like in the country"), and has remixed the new Roisin Murphy single, ‘Demon Lover’.

When quizzed on his success and that of his peers, Wiley is as cagey and erratic as ever, and generous in his praise of old mucker and sometime enemy Dizzee Rascal.

"I know it’s a compliment [to be called ‘The Godfather of Grime’], but why ain’t Dizzee the Godfather? He was doing this before me…"

He’s a little more dismissive of the achievements of Kano, Lethal B and Tinchy Stryder:

"People keep ringing me: ‘Wiley, you’re nothing, Tinchy is ahead of you. You’re reh reh.’ […] The world’s just mad. Like, ‘Tinchy Stryder is Number One, so  you’re no one.’ What do you mean I am Tinchy Stryder. I literally am him. I picked him up at 12 and took him around the world until now he’s 20-something. People ringing me and saying, ‘Dizzee is ahead of you.’ He always been ahead of me. He’s Number One, he’s a millionaire: good boy.

"It’s competition time. It’s not about friends any more. Dizzee showed us all that."

"I’m 30 now," he concludes. "So you’re not going to see me rapping with Calvin Harris, because that’s not really what I’m about. I actually want my own respect. I don’t just do this, I love this. More than they do. And I will accomplish all I want to do by 35. After that I’ll sit down.

You can read the full issue in the current (September 3-9) issue of Time Out London. Wiley performs at Deloitte Ignite at London’s Royal Opera House on Saturday 5 September.