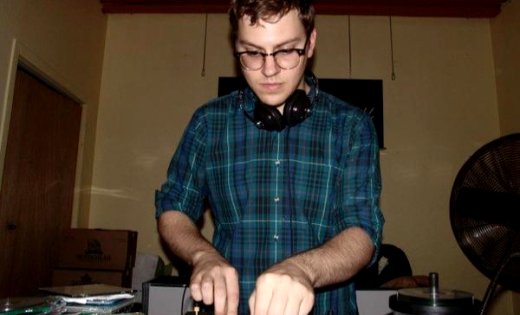 Hey, CFCF has an album coming out. But who the fuck is he?

Well, if you’d read our New Talent feature on the dude ages ago, you’d know that “CFCF is a guy from Montreal who makes disco and pseudo-Balearica that’s nice ‘n slouchy but definitely not half-arsed.  You may know him for his remixes of Heartsrevolution, Crystal Castles, Sally Shapiro, HEALTH and other blog-pop types, and if you’re fed up of smooth, over-produced post-Lindstrom gear then you’d do well to check out his forthcoming, strictly limited edition 7” on Acephale – the same Vancouver label that brought us Salem’s amazing Yes I Smoke Crack.

“A-side ‘You Hear Colours’ sounds at first like a Hall & Oates instrumental re-worked by The Caretaker – in a good way – before blossoming into a ‘Mac-style cosmic guitar jam; B-side ‘Invitation to Love‘ (the namesake of the cheesy meta-soap in Twin Peaks) is based around the same Alan Parsons sample as Quiet Village’s ‘Pillow Talk’, beefing it up with a chunky analogue bass riff and rough-hewn, Johnny Jewel-esque beats. His seven-track, digital-only EP for Paper Bag Records, Panesian Nights, is a little bit more unasbashed in its pursuit ’82-’85 synth-pop melodrama, with purple synth passages that’d make H. Faltermeyer blush.”

Sounds great, right? Yeah, he’s pretty good, even if we wish he really was just a cartoon dude in a balaclava. Either way, CFCF – Michael Silver to his mates – recently posted on his myspace that he’s got an album coming out this Autumn for Paper Bag, home of Sally Shapiro and more. It’ll be called Continent, will be released on October 27, and sports the following tracks: