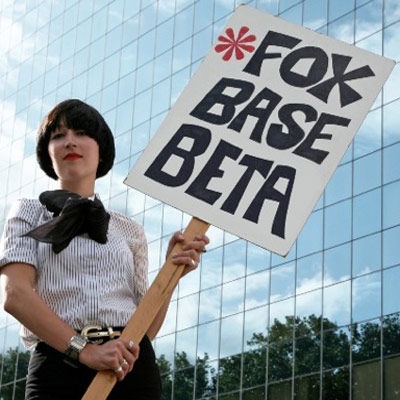 The past year or so has seen a slew of Saint Etienne reissues; all of them have been welcome, but have served mainly to remind us that their 1991 debut album Foxbase Alpha still represents their creative summit.

It’s exciting to learn, then, that Richard X has been commissioned to remix Foxbase Alpha in its entirety. The Blackburn-hailing producer, best known for his work with M.I.A., Kelis, Sugababes and Annie has called his version of the record Foxbase Beta and it will be released on September 21 on CD and limited edition 2xCD via Saint Etienne’s fanclub.

X was given access to the original master tapes, and invited to add whatever he wished. Saint Etienne’s Bob Stanley told Pitchfork, "[Richard] has created something really special – spruced-up yet reverential, it is essentially a 2009 up-date of Foxbase Alpha, given a shot of vodka and a loving caress. We’re chuffed. It feels unnervingly like jumping into a Tardis."

The 2xCD fanclub version of Foxbase Beta will be released in a strictly limited edition of 3000. The set will include Foxbase Extra (three unreleased tracks from the original sessions), and a DVD-style "directors’ commentary’" of the album.

The regular single CD edition will be available at Saint Etienne gigs and through Rough Trade; it will also be available for digital download (sans Foxbase Extra bonus tracks).

Though there are no plans at present to release Foxbase Beta on vinyl, a 12" single, limited to only 200 copies, will be pressed up – on it will be included two tracks from Foxbase Beta (X remixes of ‘Girl 7’ and ‘Only Love Can Break Your Heart’), and ‘Spring’, remixed by Air France.

1. Only Love Can Break Your Heart (Richard X Extended Vocal)

2. Only Love Can Break Your Heart (Richard X Extended Instrumental)